Black Knights are powerful enemies in Dark Souls 3. These foes are iconic of the series since their introduction in Dark Souls. You can see their original form here.

Black Knights are large, imposing enemies often found standing guard in key locations. Despite wielding different weapons, they all share the same suit of jet-black armor with horns protruding from the helmet. When provoked, Black Knights are surprisingly agile and can easily catch a player off-guard with a flurry of high damaging attacks. Black Knights were the elite knights of Gwyn, the first Lord of Cinder. However, they were burnt to ashes, leaving only their ghosts to wander the land.

Black Knights can be found in the following locations: 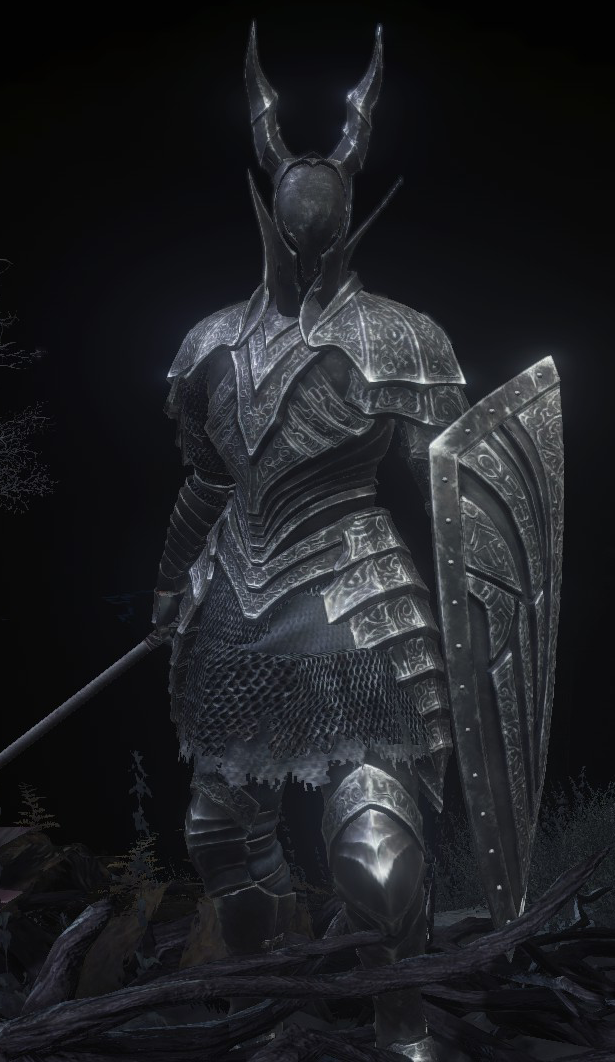