"Oceiros went mad trying to harness his royal blood for a greater purpose, leading him to the heretics of the Grand Archives, where he discovered the twisted worship of Seath the paledrake."

"These sorceries are the work of the paledrake, Seath the Scaleless, whom Logan is said to have met, a branch of sorcery that has been carried on by the Crystal Sages."

The Moonlight Greatsword will do 593 with 55 Intelligence. However if the Magic Clutch Ring is worn it will do 661 damage. I think the 68 extra damage is worth the -10% damage absorption that the ring causes.

Homing Crystal Soulmass: It can be hard to hit experienced players with this but if you spam it and you catch people in animations they can't roll out of it will do very high damage.

Crystal Soul Spear: Make people think you are casting Homing Crystal Soul Mass and then cast this instead. If it connects it will usually do 800+ damage.

Farron Flashsword: Gives you a straight sword moveset to mix up your attacks.

Great Farron Dart: Very low damage only use this to finish opponents off

Great Heavy Soul Arrow: By far the best PvE sorcery. Spam this spell against all enemies and all bosses.

Crystal Soul Spear: This does 1/3 more damage then Great Heavy Soul Spear but it costs triple the FP. 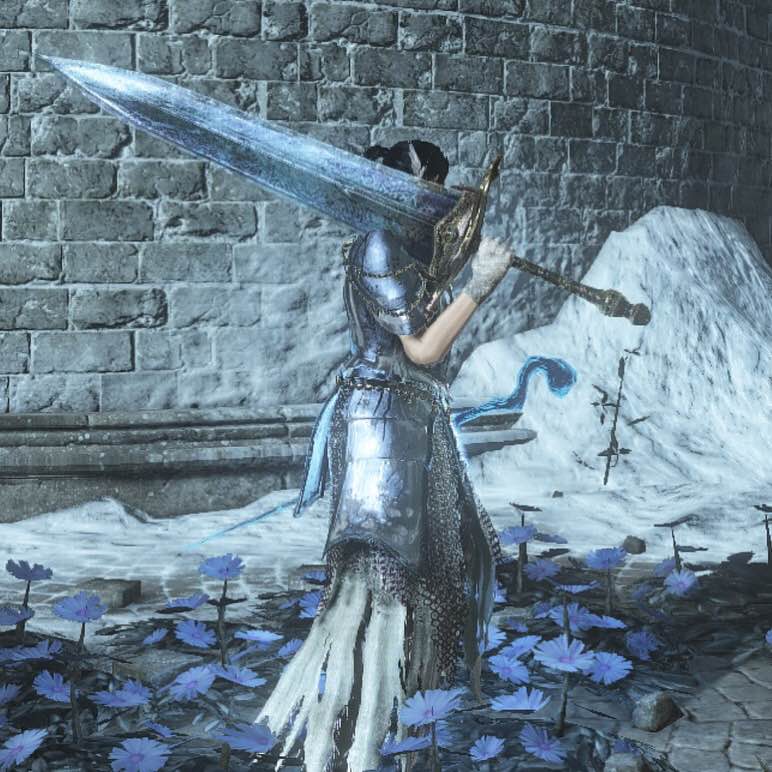 To get the Moonlight Greatsword you have to kill Dancer and Oceiros so until you do that use a Crystal infused Claymore. Use the starting staff until you get the Court Sorcerer's Staff in Profaned Capital. Make sure to get the Sage's Ring and the Crown of Dusk which are both found early game. Great Heavy Soul Arrow and Farron Flashword can be bought from Orbeck by default. You will need the Sage's Scroll and the Crystal Soul for the rest of the spells. For PvE attune at least two ashen estus and slightly more for bosses.