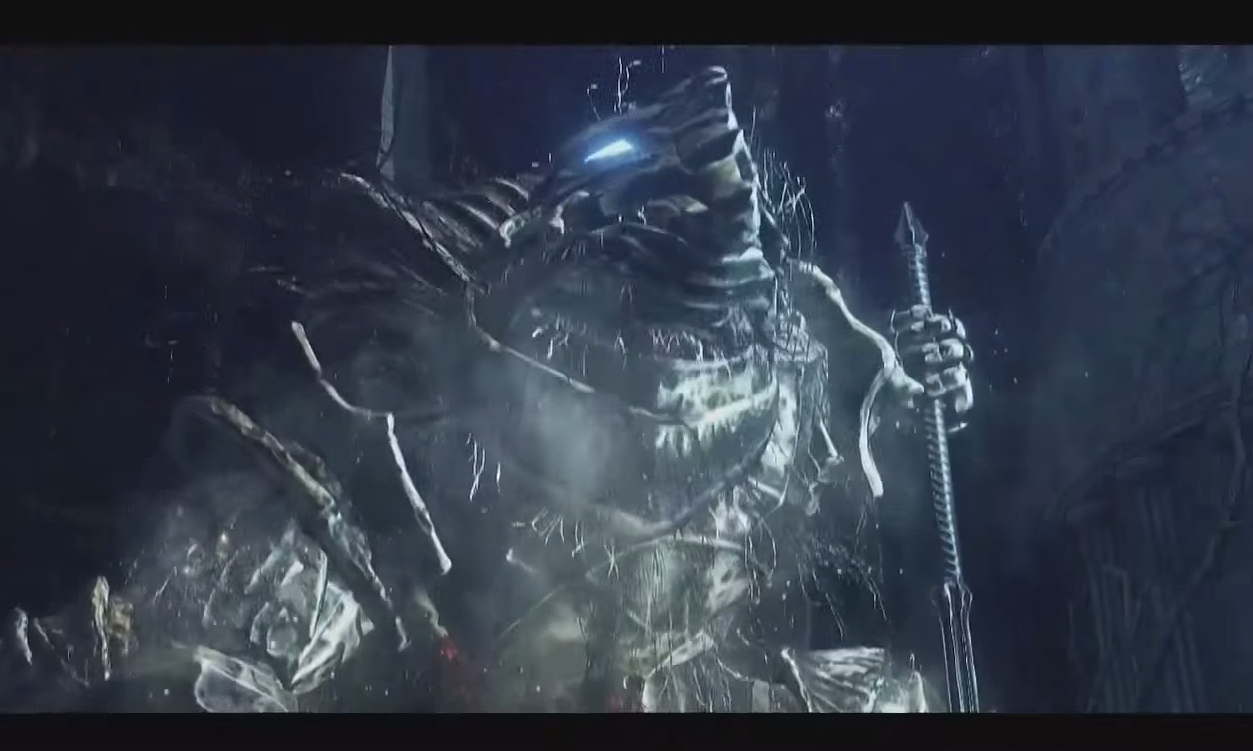 
HP: xxxx (Standard Game)
Souls Awarded: xxxx (Standard Game) xxxx (NG+
Drops** XXXX Soul
Shown first in the most recent gameplay trailer, this boss is a hunched over, humanoid knight in silver armor. His lower body armor resembles that of Smough in Dark souls 1, but his upper body has no relation. His eyes are icy blue and he wields a great mace that he can swing with ease. He walks around on all fours when he is attacking, and initializes the fight by dropping from above into an area that the player must walk into. Whenever he swings his body appears to emit a mist. The area that you fight him in appears cold, and matches the general atmosphere this boss brings.