9Way of Blue is a Covenant in Dark Souls 3. 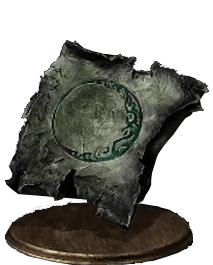 Effects of the Covenant

The Way of the Blue is a co-op covenant that summons Blue Sentinels and Blades of the Darkmoon when you are being invaded, in order to protect you. This covenant is mostly aimed towards players who have trouble beating invaders or just like to have some added security.

It usually takes a while for a Blue Sentinel or Blade of the Darkmoon to be summoned, so players who do not desire to engage in PvP with invaders may want to hide/escape from them until a Blade/Sentinel is summoned.

Inexplicably, Blades of the Darkmoon and Blue Sentinels will NOT be summoned to protect a player against an invading Aldrich Faithful defending Anor Londo or Watchdogs of Farron in the swamps. They, however, WILL appear if a "regular" invader appears in your game, and killing any number of Aldrich Faithful/Watchdogs who have been summoned due to their covenant objective will not dismiss them.

Some players like to think of the summoned blue spirits as bodyguards rather than helpers (i.e. letting the blue fight the invader in your place rather than alongside you).  Due take heed to be summoned as a Blue Phantom, it is usually a long process of waiting between their summons it is wise to keep a Blue near you once summoned. Unlike invaders or sign summoned invaders, they do not have the luxury of infinite summoning whenever desired.

There are no ranks for this covenant.

Discover the Way of Blue Covenant