Wolf Knight's Greatsword is a Weapon in Dark Souls 3.

Greatsword of a knight tainted by the dark of the Abyss, and master of the wolf's blood of Farron.

The wolf knight was the first Abyss Watcher, and his sword is more punishing against creations of the abyss.

Skill: Wolf Sword
While in stance, use normal attack for a low spinning slash, or the strong attack to leap forward in a vertically-slashing somersault. 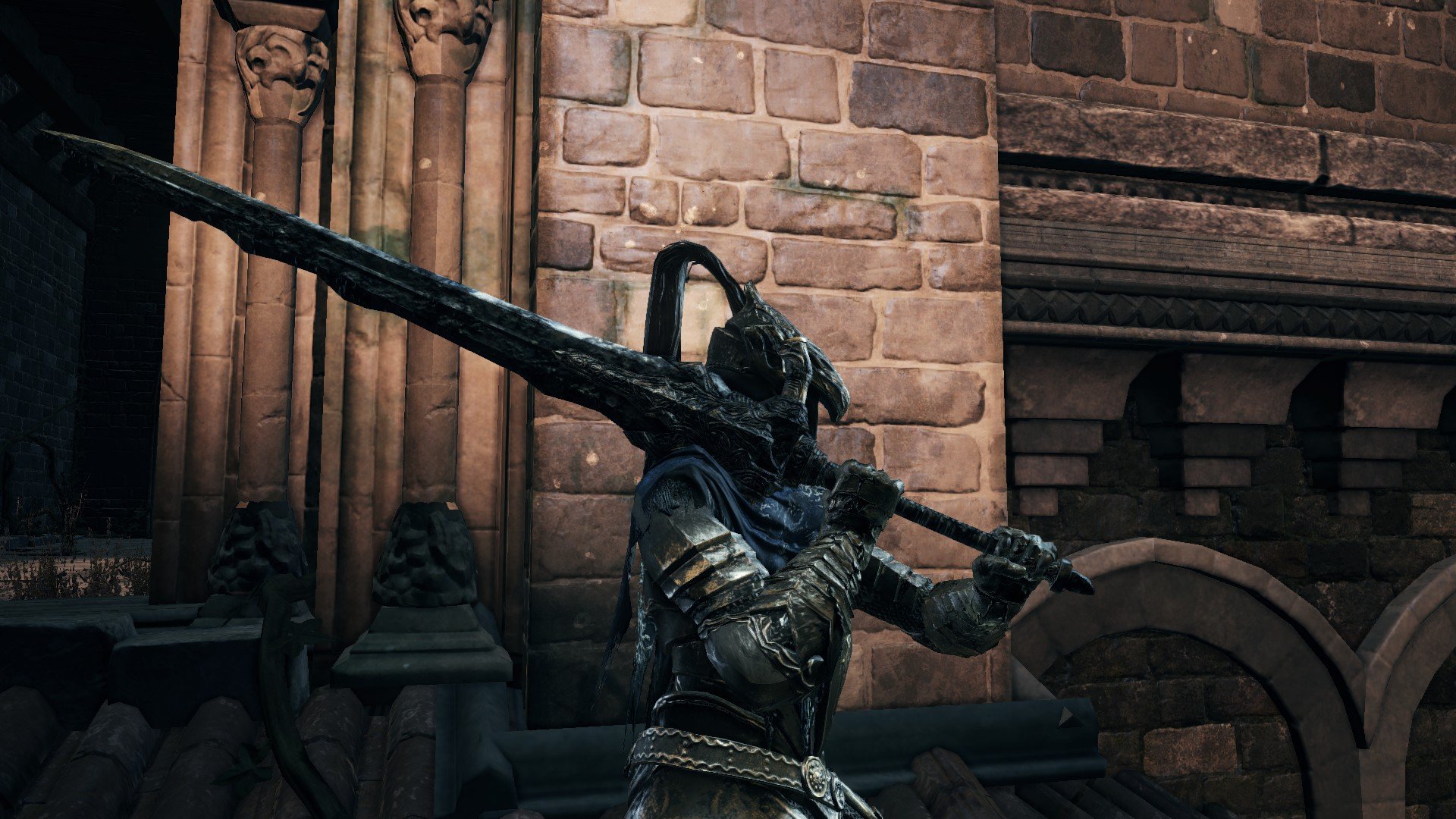