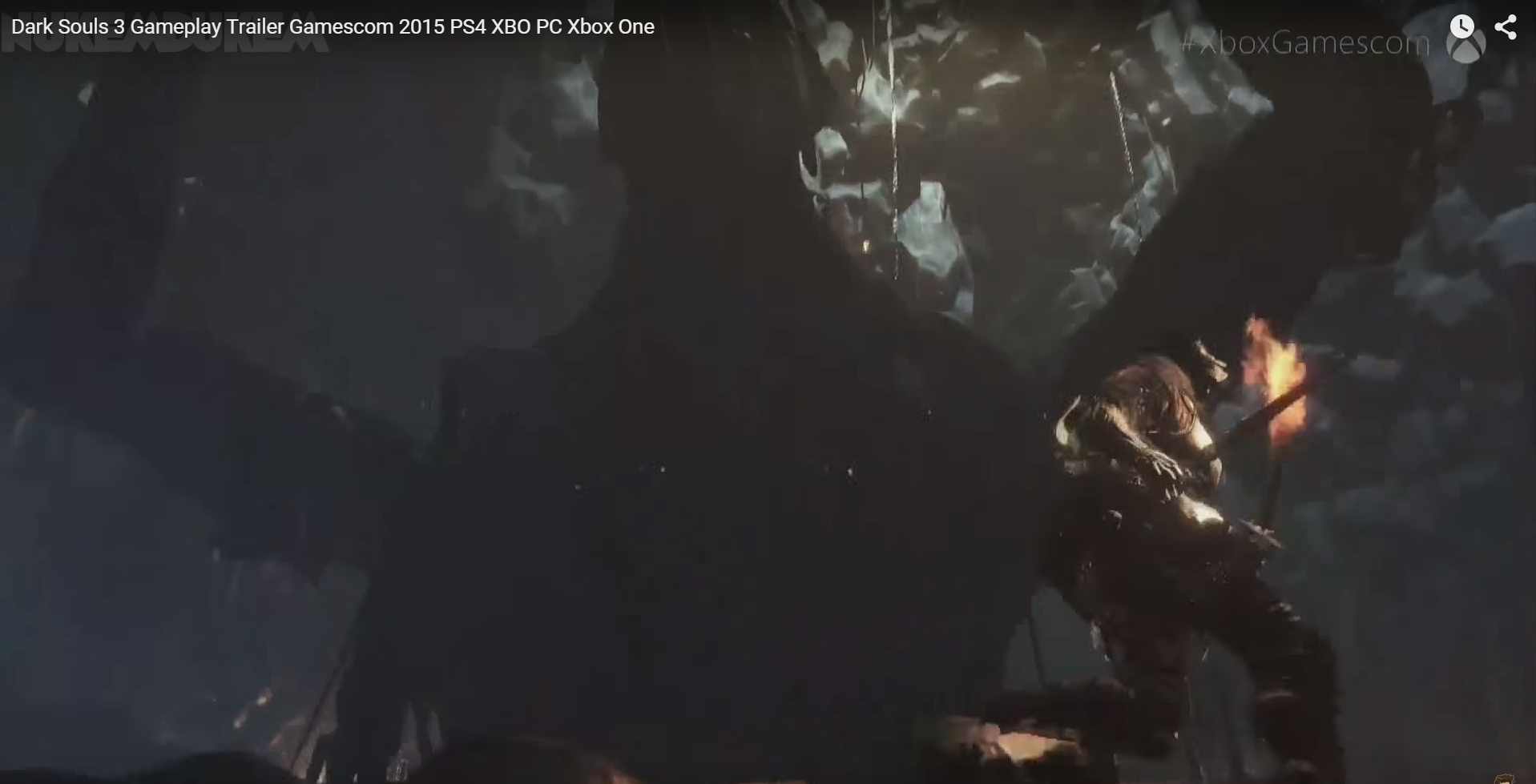 Enemies>>Bosses
HP: xxxx (Standard Game)
Souls Awarded: xxxx (Standard Game) xxxx (NG+
Drops XXXX Soul
Unconfirmed as to whether or not this is an actual Boss. This is a gigantic humanoid, one of the largest if not the** largest enemy in the current Dark Souls. He attacks the player as the player runs across a narrow rooftop. He has a defined jawline and what appears to be hair and tattered clothes (Seen below his right arm). His skin is charred as if burned. The player is in an underground cavern as seen by the roof behind the head of the giant enemy and due to the fact that the player is carrying a Torch. The player may or may not directly engage this boss.