Patches and Patch Notes for Dark Souls 3 and its regulations are listed below.

When patches are happening, it is not uncommon for the server to become unavailable even after you have patched. This is usually resolved between a few hours of patching, but if you're experiencing consistent errors please post in our forums to get some player help.

If you came to this page by mistake and are instead looking for information on the NPC Unbreakable Patches, it can be found on this page.

Major modifications and items to be adjusted:

Temporary server maintenance will be carried out following the application of this update file.

High level players of Dark Souls 3 are getting some changes to their multiplayer matchmaking as a new regulation is inbound tomorrow for players on all platforms. The following are the new parameters: 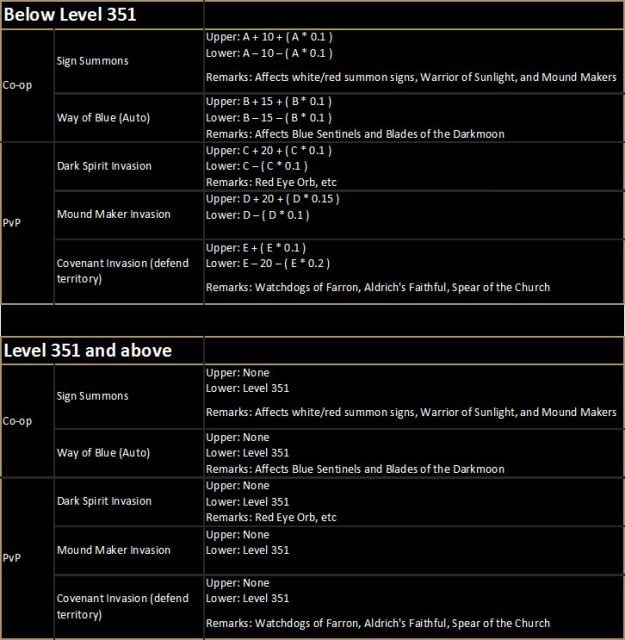 So, in a nutshell: bye-bye Force+Throwing Knife glitch! Infusions have been readjusted following the 1.32 mistakes. A nice buff for invaders!

Plus, I’ve a got a surprise! New matchmaking rules? Here they are! (Read the Summon Range Calculator page for further details)

Detailed notes as found by the community can be found on the This thread.

Detailed notes as found by the community can be found on the Dark Souls III Forum (individual thread pending).

Detailed notes as found by the community can be found on this thread.

You can read a list of detailed player-found changes here.

We thank you for your understanding! Embrace the Darkness!

Dark Souls III will be updated to Regulation Version 1.07. The update will improve the Password matching feature.

The servers will also be offline for maintenance at the following times:

Unnofficial change list (detailed) can be found on this thread.