The Ringed City DLC is the second and final DLC for Dark Souls 3. It was announced on January 23rd, 2017 by Bandai Namco and released on March 28th, 2017. It is recommended by the developers for players that have cleared Lothric Castle.

Explore a brand new convoluted region, inhabited by new enemies, mysteries and characters. Fight your fight through The Ringed City with new armor, weapons and magic!

Fear not the dark, ashen one. Journey to the world’s end to search for the Ringed City and encounter new lands, new bosses, new enemies with new armor, magic and items. Experience the epic final chapter of a dark world that could only be created by the mind of Hidetaka Miyazaki. This new adventure has players chasing after the Slave Knight Gael to the literal end of the world as he searches for the Dark Soul of Humanity.

At the close of the Age of Fire, as the world ends and all lands converge upon themselves, a lone adventurer descends into the madness of the earth and uncovers the secrets of the past. As players make their way to the fabled Ringed City they will encounter ancient beasts, a new cast of characters teetering on the edge of insanity, new armor, weapons, magic, and at the bottom of it all, a long lost city filled with new horrors for players to overcome.

There's a secret area with a requirement to "Show your Humanity". Please visit the link to find out how. 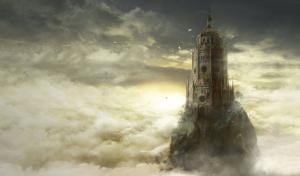 “A tower rises above the clouds, at its top stands a well-known sword.”

“A traditional city for the Pygmies, called the Ringed City. A portion of the bridge is curved, creating a wall on the inner side. Countless tombstones line the top of the wall made of rock.” 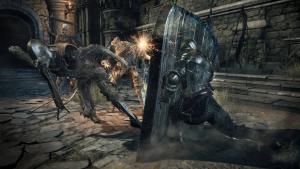 “Unusually shaped paired greatshields resembling great doors. The firmly closed door will help to block a myriad of attacks from the enemies.” 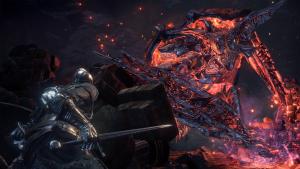 “The last survivor of Demons who were born from the Flame of Chaos, dwelling below the land. With a grotesque look having been exposed to poison, their flame is fading away…” 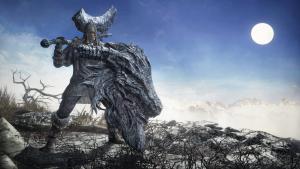 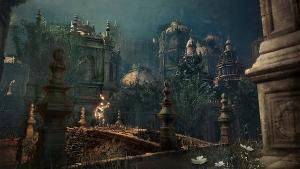 A traditional city for the Pygmies, called the Ringed City. Half covered in foliage, the city looks desolated with ancient ruins. 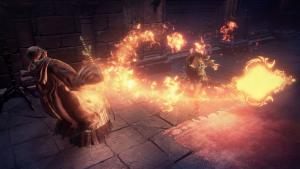 “A pyromancy which tears down the enemies with the great fan of flame. Pyromancers, who once lived in an cient land with their greatest fan weapons and enchanting looks, seem to still exist.” 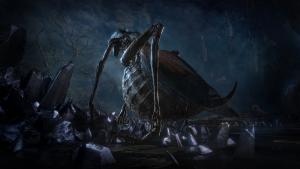 “When a city falls into an Abyss, Locusts will then arise. It is said that they will feast on anything and everything that is in their path.” 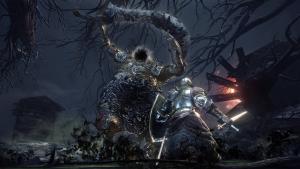 “Vicious knight swinging a giant greatsword. Sunken in a swamp, his body is swollen with every cavity bloated. Instead of having a head, a clump of darkness dwells and with armor half decayed.” 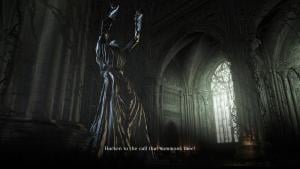 “A Gray Giant who has existed since the Archdragon was found. The Giant used to be a judicator, working under the Gods.” 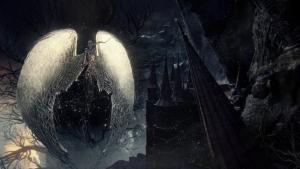 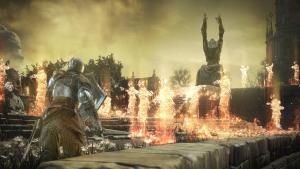 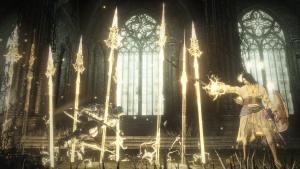 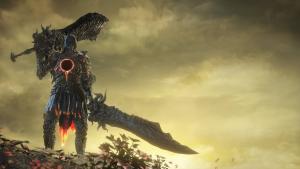 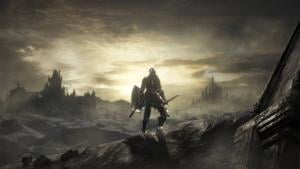 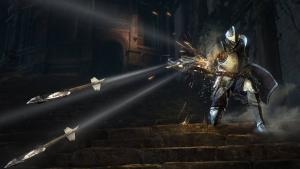 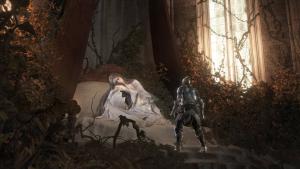 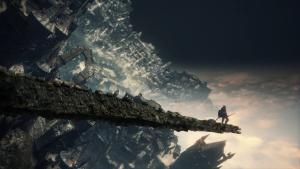 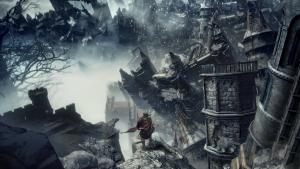