An overview of NPC quests is outlined in the Side Quests page.

Cathedral of the Deep

Irithyll of the Boreal Valley

Kiln of the First Flame

After defeating boss, you will then have the choice of the following endings: 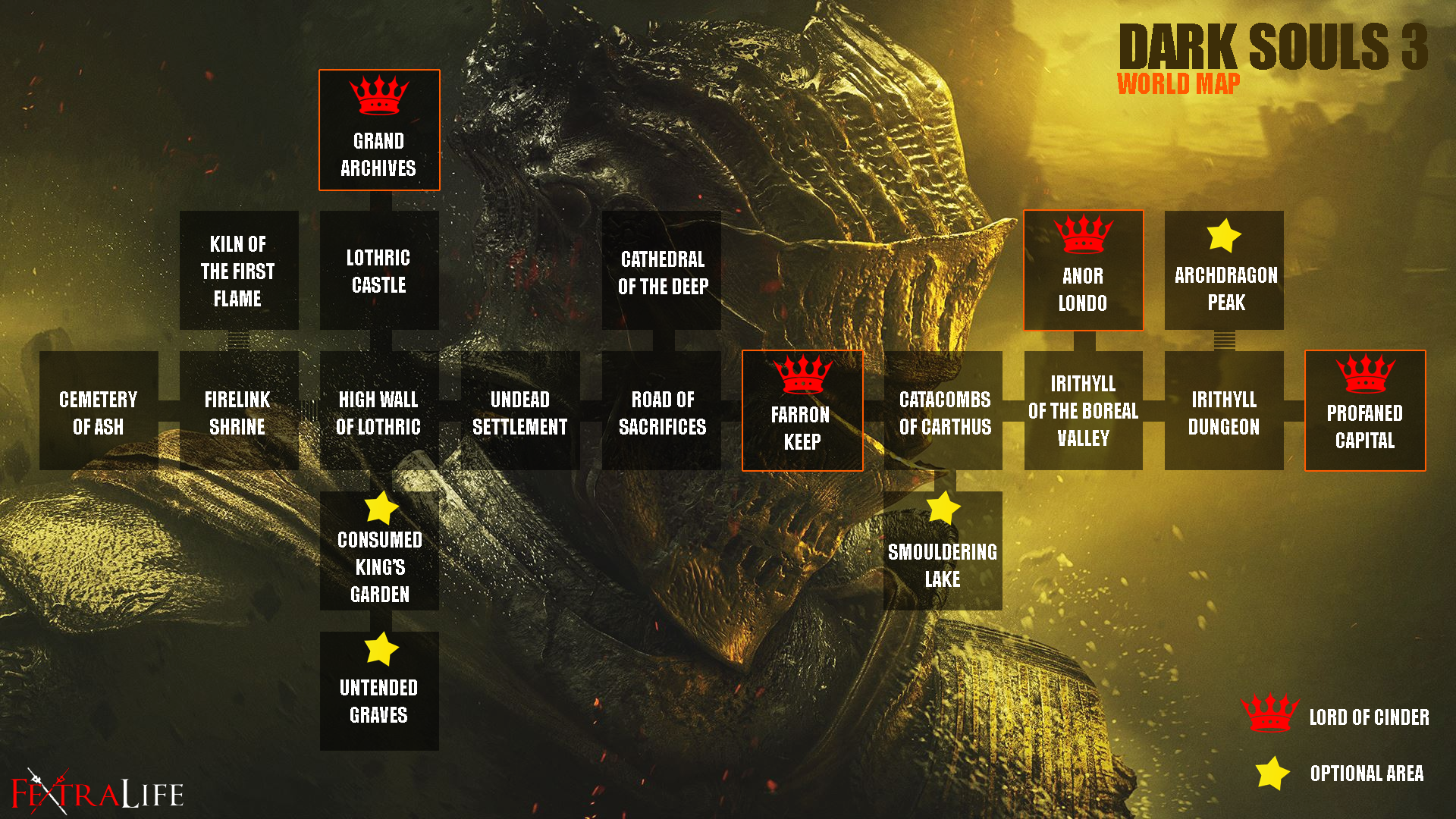 Image optimized for 1080p monitors, source can be .