Nameless King and King of the Storm are an optional boss enemy in Dark Souls 3. Full Nameless King guide with tips for every build, as well as a video tutorial to help you defeat this boss.

Nameless King and King of the Storm Information

First phase of the battle.

Second phase of the battle. If failed, the first phase must be repeated upon returning to the boss arena.

This boss deals a considerable amount of lightning damage in both phases, so any lightning-resistant gear or rings are a huge benefit in this fight. (Avoid metallic armors if possible.)

The first phase consists of the Nameless King riding atop his Stormdrake, the King of the Storm. This boss requires constant attention to camera angle. It is important to be aware of what both the rider and wyvern are doing at all times. Having the camera locked to one or the other at the wrong time is a recipe for doom. It is advised to keep the wyvern at some distance until you go in for one or two hits then retreat to be able to keep watch on both and time your responses appropriately. The wyvern will sometimes flip behind you, requiring you to adjust to maintain your relative position. The Nameless King will, at times, attempt to hit you with his swordspear. Depending on position, roll or block accordingly, keeping an eye for his two or three hit combos. The Stormdrake itself will bite at you and attempt to roast you with its flames. Avoid its attacks and aim for the Stormdrake's head, as damage to the legs and body does minimal damage compared to blows directly to the beast's head. A good way to get several hits on its vulnerable spot is when the Stormdrake is about to rear its head for a flame attack, rush towards its body, and hit the neck area just below the rider, ensuring that you keep your distance from the fire-spewing head. If the Stormdrake flies into the air, it will do one of two things: unleash a fiery breath attack directly beneath it, or circle around you while the Nameless King hurls Lightning Spears at you. If it stays in one spot in the air, move away, avoiding its breath attack, until it lands again.  The breath attack hits almost directly below the drake's body, so a good rule of thumb to avoid it is to run in the direction its head was facing when it took off, since from where your character is likely standing, that's the shortest path to safe ground. If it begins to circle you, keep an eye on the Nameless King; his Lightning Spears are intimidating but can be dodged. Rinse and repeat until the Stormdrake is dead, whereupon a cutscene will signal the start of the second phase.

In the second phase of the fight, you will face the Nameless King himself. He is somewhat fast and deadly, so medium to light equipment load is recommended if you plan on roll dodging his attacks. With enough attacks dealt he will be staggered, allowing you to perform a riposte. He is vulnerable to additional attacks during the following recovery animation. Use this to get extra damage in or to heal up if you need it. Equipping the Carthus Bloodring and staying on his left side (your right) and continuously roll dodge his attacks until you see an opening to strike can be effective.

Be particularly wary of:

Using a two-handed Lightning Lothric Knight Greatsword +9, It is possible to kill the King of the Storm in just four hits, allowing you to more easily practice the much more difficult Nameless King fight, as well as save much of your estus for it. Landing two fully charged heavy attacks to his head will stagger him and allow you to riposte him. As he recovers from the riposte you will have just enough time to land a running light attack to his head, finishing him off. The best time to land fully charged heavy attacks is during the King of the Storm's grounded fire breath attack and right after the Nameless King's lightning slam attack after dodge rolling toward him. However, due to the Nameless King's high lightning defense the Lothric Knight Greatsword does very poorly against him and it is therefore recommended to have a different weapon to switch out to during the second phase of the fight.

Another easy strategy for ending this fight is to summon a friend(it’s fine if not) and while the King of The Storm is focused on the summon, use the dragon slayer great axe(acquired from the dragon slayer armor boss fight) weapon art against the head of the drake. It can be staggered in 3 hits if landed successfully. It can be done without a summon but makes it slightly harder. And easy way to do it solo is wait for a fire breath attack and you can perform 2, maybe 3 if you’re quick, weapon art slams. Since it is a heavy strength weapon, you might equip a long sword or lothric straight sword for the upcoming Nameless King fight.

This is one of the easiest bosses for sorcerers, since the dragon (phase 1) is highly vulnerable to magic damage, and the Nameless King itself (phase 2) not resistant to magic. Considering that this is endgame and assuming you have endgame stats and build (60 INT, Court Sorcerer's Staff +10, all the shiny sorcerer-rings, etc.), this boss is a walk in the park.
Phase 1: Stay out of the dragons range, lock on his head, fire Crystal Soul Spear's until he's dead. Should be around 4 Spears to kill him.
Phase 2: Basically do the same, but this time with the Nameless King. A little bit more tricky, since the King is more aggressive. But he has not so great range, so dodging him and getting out of the melee-zone should be no problem here. Since the Nameless King has pretty much one damage type here (Lightning), you could consider equipping the Thunder Stoneplate Ring if you have problems with your health.

Keeping away from the boss but able to lock onto him is key here. In the first phase learn to dodge his lightning spears and follow up air to ground attack. Lock onto HIM not his little pet's head, when you're rolling to dodge his landing attack. Aim to complete your roll to the side of, or under the dragons base of the neck. Lock onto his head and stay underneath and fire away. He may take flight sooner rather than later but at any time if you hear the audio cue (dragon scream) start to run away before he breathes his fire attack onto the ground. If you are lucky enough to keep him at range and the boss is only doing his flying attack straight at you, upon completion of his animation the dragons head will be motionless for a brief period and wide open for you to open fire.

In the second phase, just STAY AWAY and keep shooting. Run sideways as soon as you see him raise his dragonslayer swordspear to do the shockwave attacks because it is wide and difficult to outmaneuver. Early bird stays damage free here. I used a greatshield in my Melee completion and I was able to tank his shockwave attacks, so equip a great shield if you'd like to do less evading. The purpose of ranged combat is to pick him apart from a safe distance. There is a distance where he will be wide open for attacks as he slowly walks after you. Circle him to keep him at a range you are able to lock on and shoot. Watch the background. There are two buildings you need to keep an eye on. If you don't see one of them in the background while you are back-walking, you know you are headed towards the narrow edge of the map and may need to run to the side to re-center and get him back to a shooting range. If you feel he is too close, just watch for his telegraphed wind up attack and roll through it and keep rolling away as he recovers and you'll be back to sniping him to death. Good luck! and have fun.

If your build has a mixture of Intelligence and Faith (like a Pyromancer), the sorcery Dark Edge is extremely powerful in the first phase of the fight. Keep your target on the dragon's head as opposed to the rider and take advantage of the many possible openings. The possible openings for casting include after the aerial-to-ground strike (don't confuse this with the standing ground strike), after or during the fire breath (dodge roll to your right through the flames and get in close before casting), after the electric ground strike and after a second sideswipe. Unsafe times to cast would be after it leaps over you to land on your opposite side, after it lands from the aerial lightning spear->stab combo, after it lands from the aerial fire breath, after one standing ground strike (as this can combo into sideswipes) or after one sideswipe (as a return side swipe may follow). Don't get greedy and keep an eye out for the safe openings. With around 3 solid strikes to the head of the dragon, you can trigger the stagger animation and land another free blow.

As soon as you enter the boss arena run forward for a while but not too close to the place where boss lands (half a stamina bar). This way boss won't attack you immediately and you have time to use your bow and try to hit the head of King of Storms. After boss flies behind you, change to your heavy hitting weapon and always go for the head.

When the second part of the fight starts, change to your light weapon (rapier or anything with high dps) and use Carthus Beacon pyromancy (consecutive hits boost damage). Also have the Pontiff's Right Eye ring (consecutive hits gives a dmg buff) and any other buffs you can. Nameless King is very tanky and has high health but if you can do good damage and fast you get two riposte opportunities which make this fight much easier. However you have to be very good at rolling and in stamina control. Still, usually do not attack more than once or twice if you have a good opening. Boss usually does 2-3 hit combos so after the second attack wait a while and take the opening little late just be sure he won't attack the third time.

The King of Storm is weak to lightning. A high faith character (60) can annihilate the King of the Storm with Sunglight Spear or Lightning Arrow using the upgraded talisman or chime of their choice. Yorksha's Chime will provide the best buff, while Canvas Talisman will also provide an excellent buff and the unfaltering prayer weapon art.

Hurling the Spears or shooting the arrows at the King of Storm will end him very quickly. As noted elsewhere, a max Lothric Knight Great Sword on a faith strength character with a buff can kill him in four heavy attack hits with the riposte.

For the Nameless King, human pine resin or dark blade on a fast weapon will break him down quickly, particularly if you have the blindfold mask. Melee characters can rely on this as well, as I used the human pine resin on grave warden twin blades. However, at 60 faith with the sunlight straight sword on NG, this will hammer him. The Crucifix of the Mad King will also be rewarding if you have your timing down. 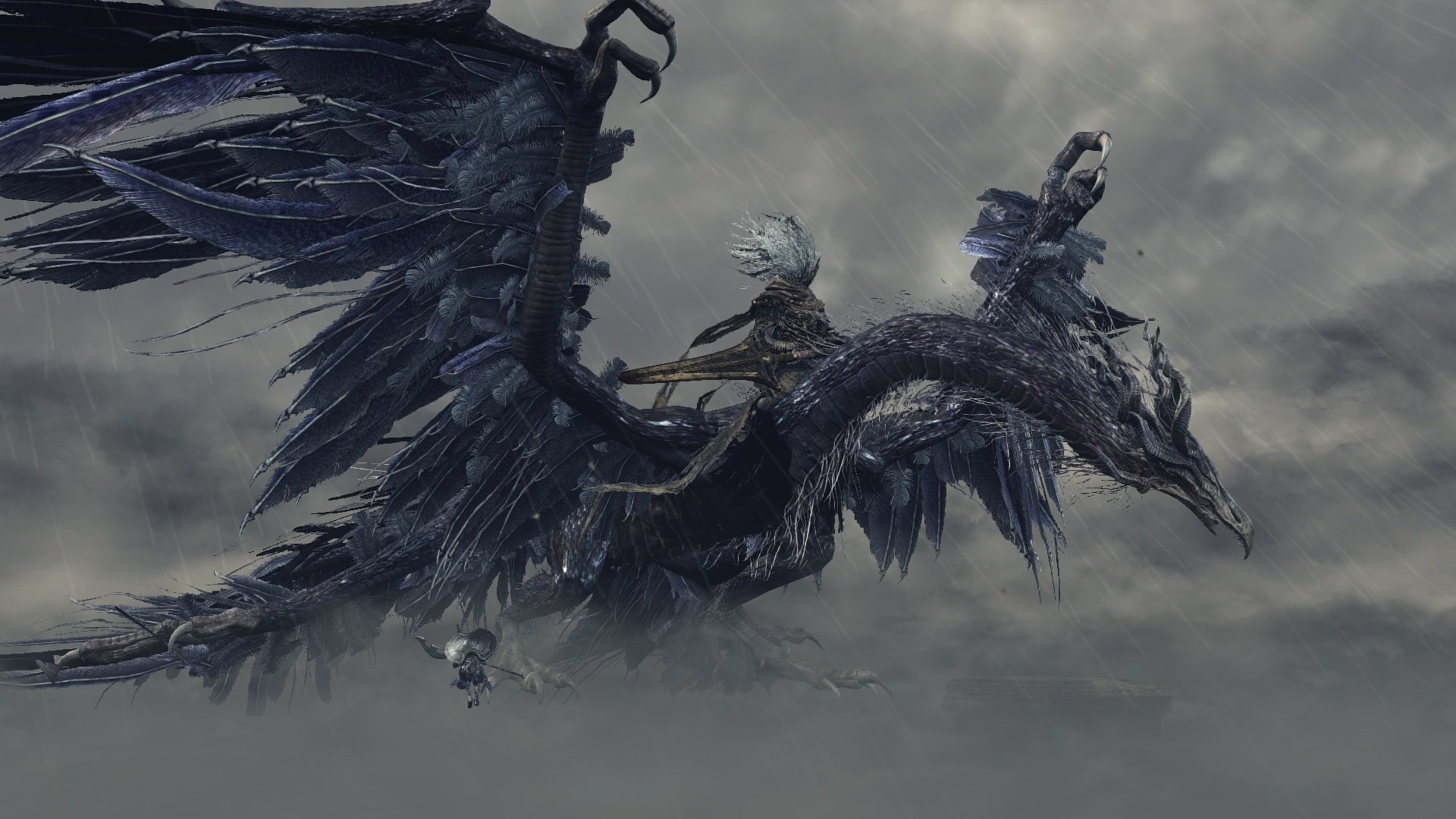 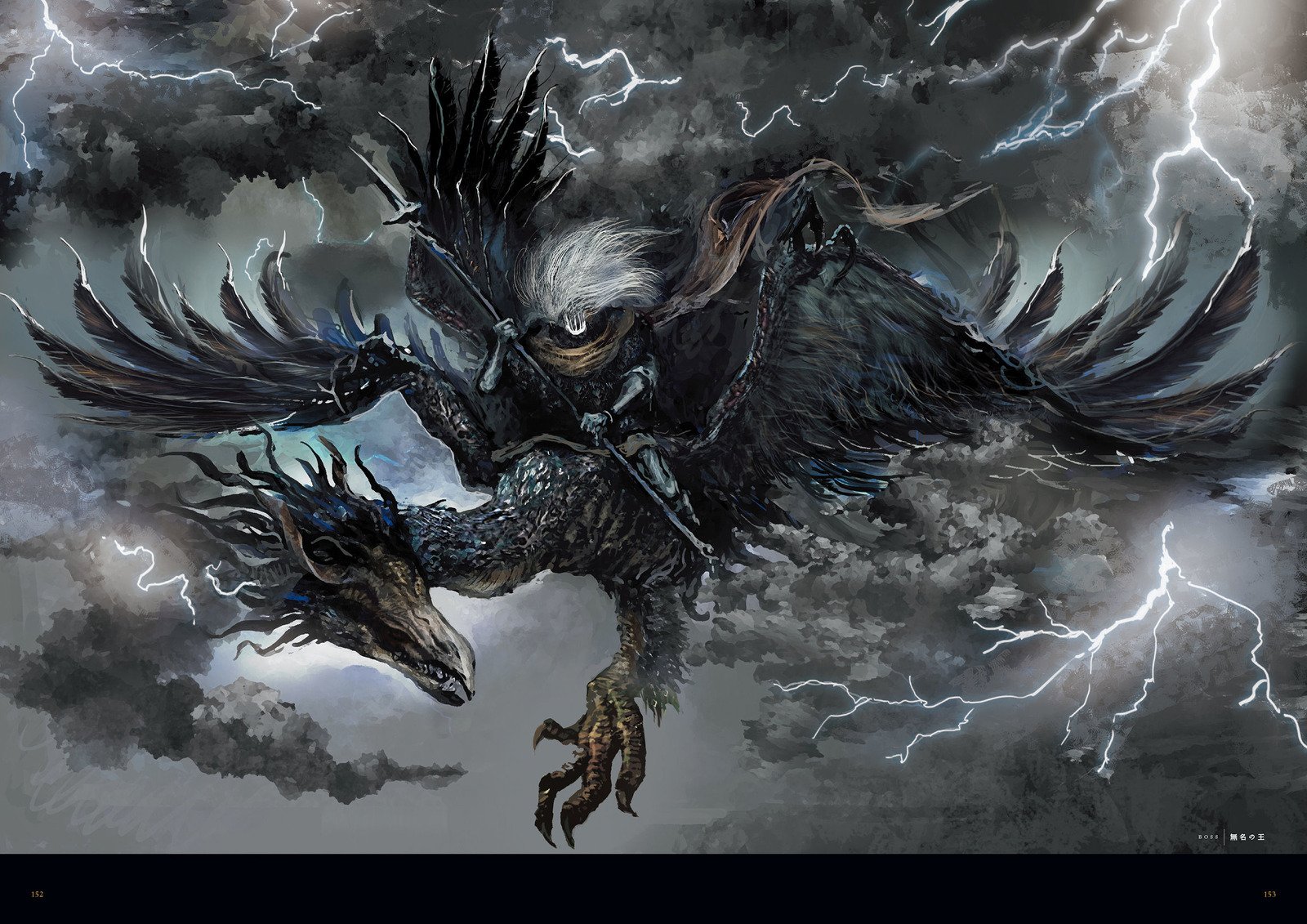 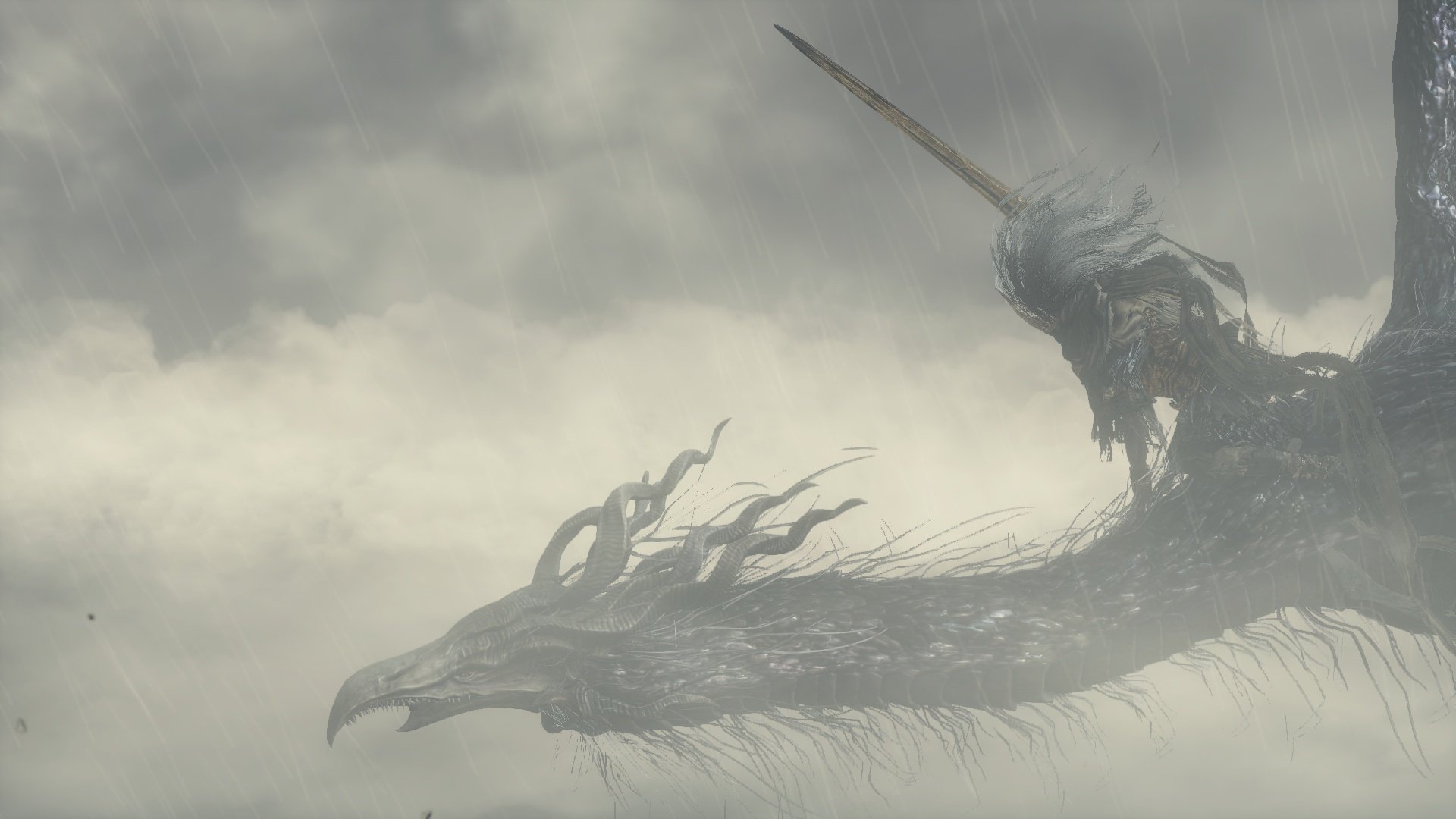 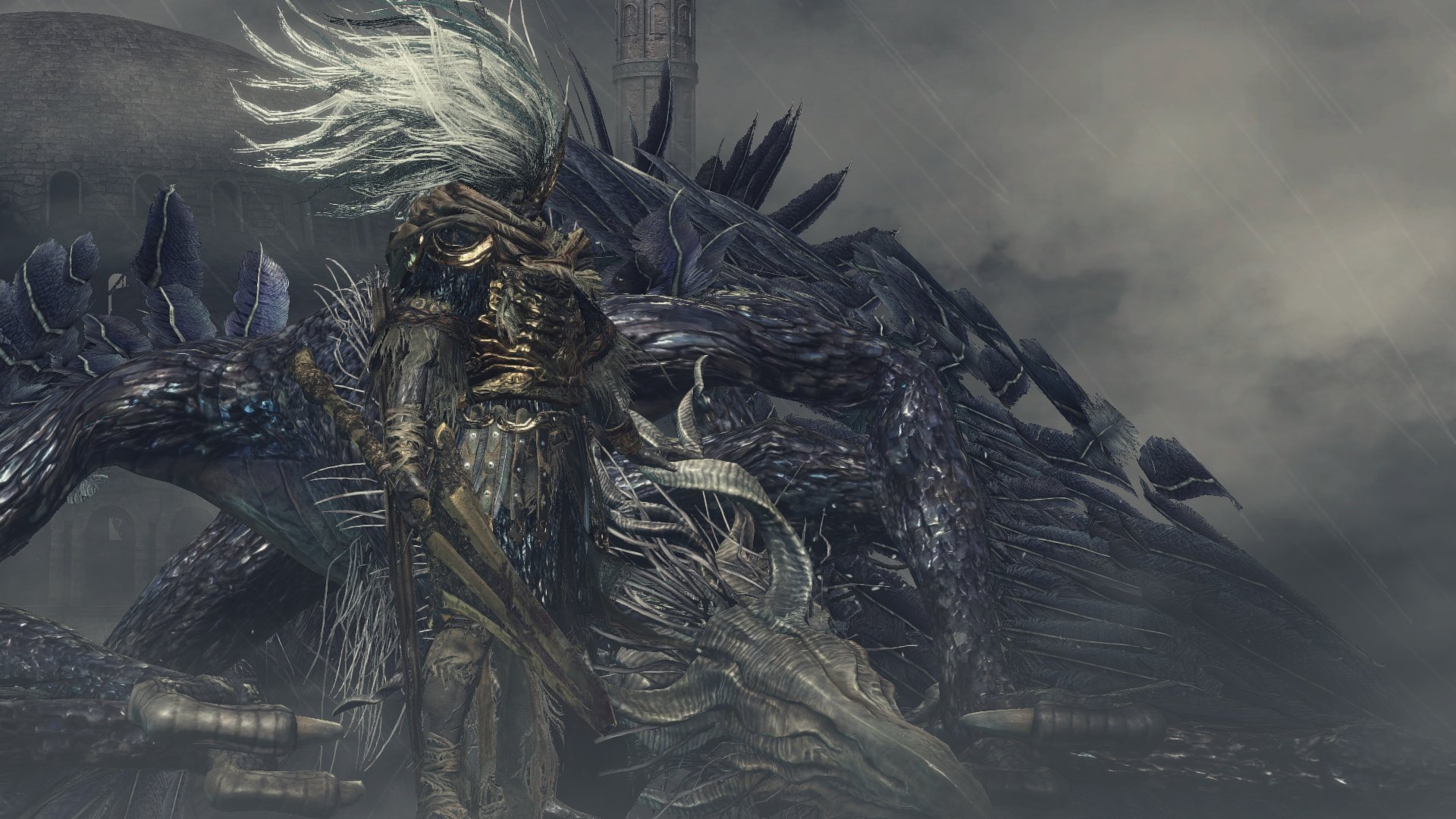 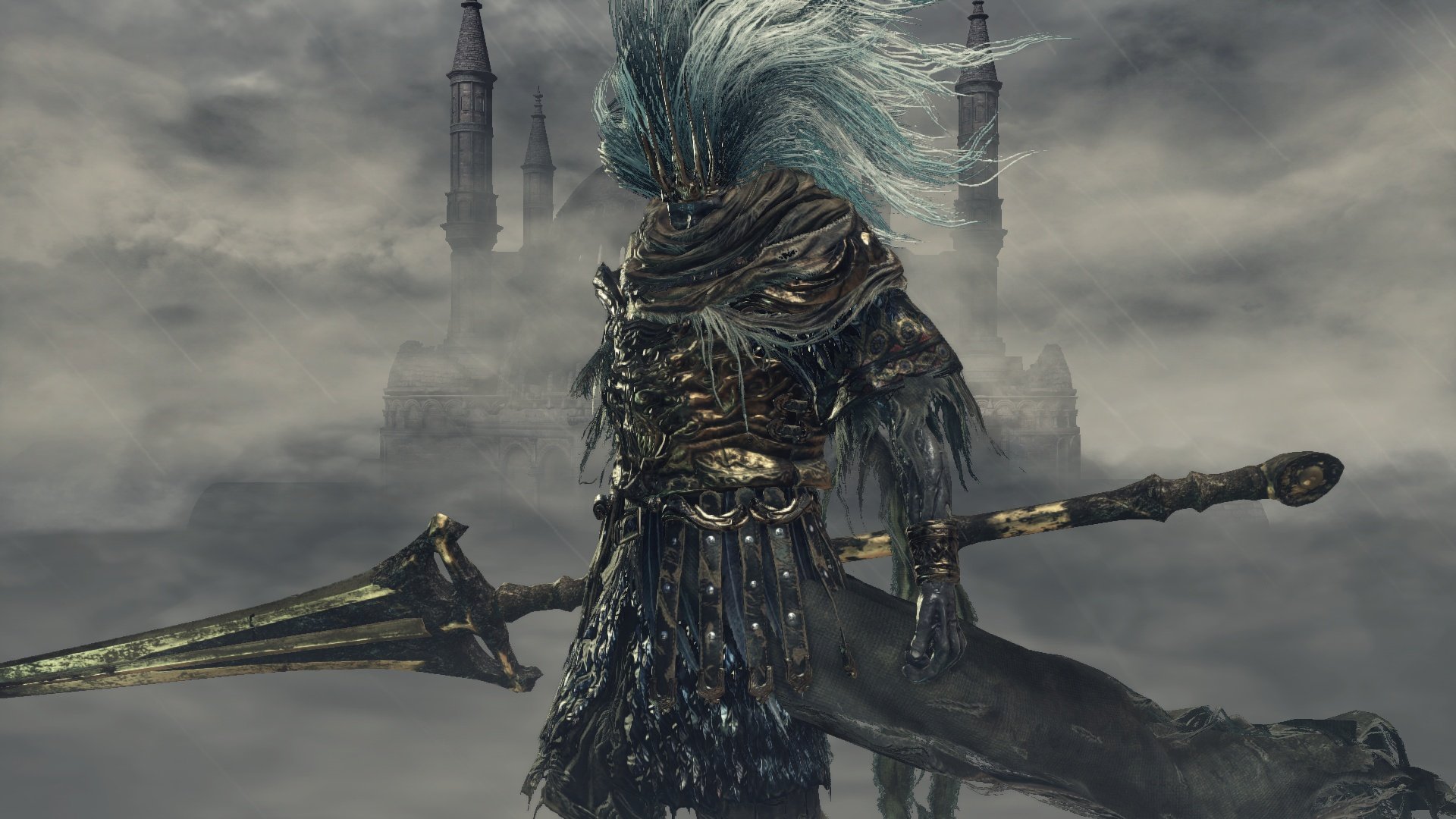