Yhorm the Giant is a Lord of Cinder and boss enemy in Dark Souls 3. He is known as the "reclusive lord of the Profaned Capital". Yhorm is the descendant of an ancient conqueror, but was asked by the very people once subjugated to lead them. In the past, he was a skilled Giant combatant, powerful enough to become a lord of a city and a Lord of Cinder.

When entering the boss room, immediately make a run for the throne and grab the item, which is the Storm Ruler. This weapon is essential to do meaningful damage to Yhorm. Equip it and use the weapon art to hit Yhorm in the head during his post-attack windows for massive damage. It is possible to lock the camera on his head, making it much easier to land headshots. Note that you can charge the Storm Ruler with the weapon art button and once it begins glowing you don't have to immediately use the attack. So you can charge it and then dodge and then use the ability if the situation calls for it. With the Storm Ruler the fight is essentially just dodging, which is very easy with Yhorm. Beware his fist lunge in his second form, it is very quick and hits suddenly.  With Storm Ruler's charged attacks, it only takes a handful of hits to bring him down.

This is one of the bosses that gets easier the more magic damage you are doing, and the more you know the bosses moveset. Overall, Yhorm is not a hard boss for sorcerers, but one that can kill you pretty fast if he gets you. So while it's absolutely viable to get out of this fight without losing any HP as a sorcerer, it's also very viable to die in a second.
The great problem of Yhorm is his extremely high range, so stay out of it is your top priority. Only lock on his head, this is where you make the most damage, plus, after a certain amount of damage to the head, Yhorm will stumble and fall to his knees, giving you time for two Great Heavy Soul Arrows (GHSA) without any resistance. If you have around 60 INT and an at least moderately upgraded Logan's staff, this should occur after two hits with GHSA to the head. In other words, at the beginning of the fight when he runs to you, it should be possible for you to already bring him to his knees the first time. Staying out of range: Use the whole length of the hallway. Yhorm will always run to you, giving you the chance for at least one GHSA. When he reaches you and strikes out, roll through his legs to dodge his hit, and run along the hallway in the opposite direction until you can fire GHSA again. Simple repeat until the boss is dead, and under no circumstances get greedy.

This strategy does not require the Storm Ruler sword, so that the boss can be fought normally. For this strategy you will require 60 Intelligence, the sorcerer's base stats (unless more vigor is desired), and the following rings/armor:

Cast Hidden body to easily get past the gargoyles. This is not strictly necessary but it can help players who find the short journey more difficult.

Upon entering the boss arena, lock onto the giant's head, fire Great Heavy Soul Arrow twice, then wait for the giant's attacks. It is helpful to learn the moveset so that you know when the ideal opportunity to attack presents itself.

After about 3 magic arrows, the giant will kneel in weakness. This is in a similar fashion to visceral attacks in Bloodborne. Keep firing your soul arrows for a great deal of damage, then back off and repeat the process.

Always lock onto his head, and keep this strategy for phase two, and it will eventually lead to victory.

Sprint across the bridge to get there safely. The gargoyle will go airborne as you approach. Hidden body not necessary.

Get close to Yhorm. As he lifts his sword roll through his legs. You need to come out at least exactly between his legs. Walk for a bit (2-3 steps) then start casting Great Heavy Soul Arrow. This is to make sure we hit his head and not anything else, as that does way more damage, by giving him time to turn around. During phase two if you somehow find yourself far away he will do leaping attacks. If you keep rolling through his legs, the strategy will work for both phases, although he will sometimes do longer combos in phase two.

In the beginning you can get off two heavy soul arrows. You don't want to skimp on getting close enough.

If you progress Siegward's questline all the way to the end, he will show up for this fight (no need to summon, he automatically appears) and with a Storm Ruler in hand. He'll use the Storm Ruler's weapon art which does massive damage to Yhorm and he can even solo him, but it's much quicker/easier if you also use the Storm Ruler at the same time. Yhorm can be killed in under a minute with this method.

The above method may vary wildly as Siegward can easily be killed, he doesn't recover HP and once he's gone you're on your own. If you've played Yhorm before you'll notice the safest place to be is directly in front of him as he starts to attack then roll between his legs. (Roughly 1 to 1.5 roll lengths from him.) Once he finishes he'll slowly turn around to do it again, occasionally doing a Radial Knockdown that can be blocked. Even if you get caught, don't panic. There's just enough time to roll between his legs even if he starts his next attack quickly, normally you'll be up before the next swing. Continue baiting Yhorm, tapping on his leg once or twice after he finishes his attacks, keeping his attention on you. Siegward will be using Storm Ruler from safety during this time. If you mess up he'll likely keep abit of his health as you'll be dead before Yhorm gets him. Remember; Close the gap fast on Yhorm at the beginning, start your roll as the attack starts, tap his leg from behind once the attack ends. Don't worry about grabbing Storm Ruler unless you are entirely sure you can do it by yourself. Good luck! 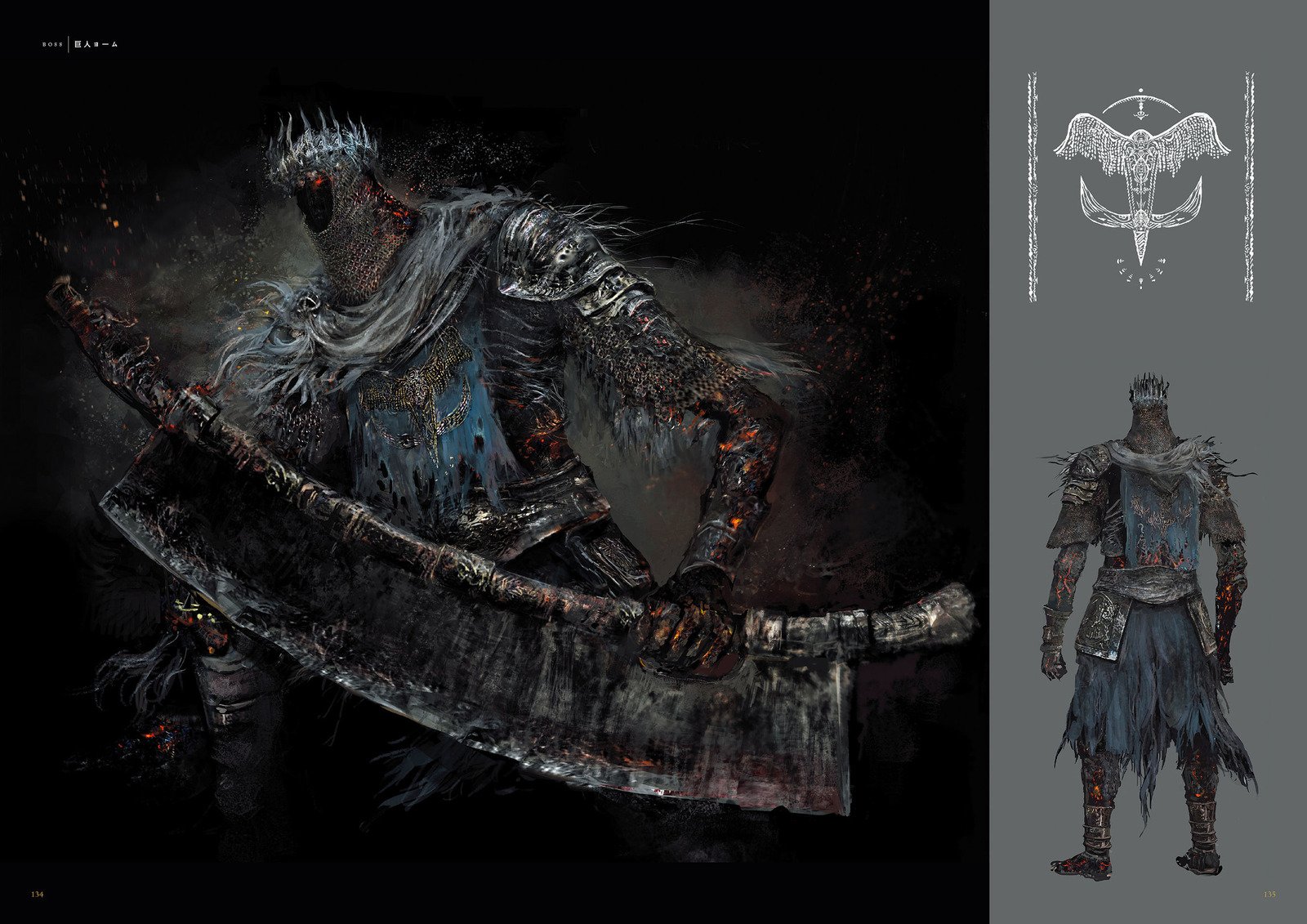 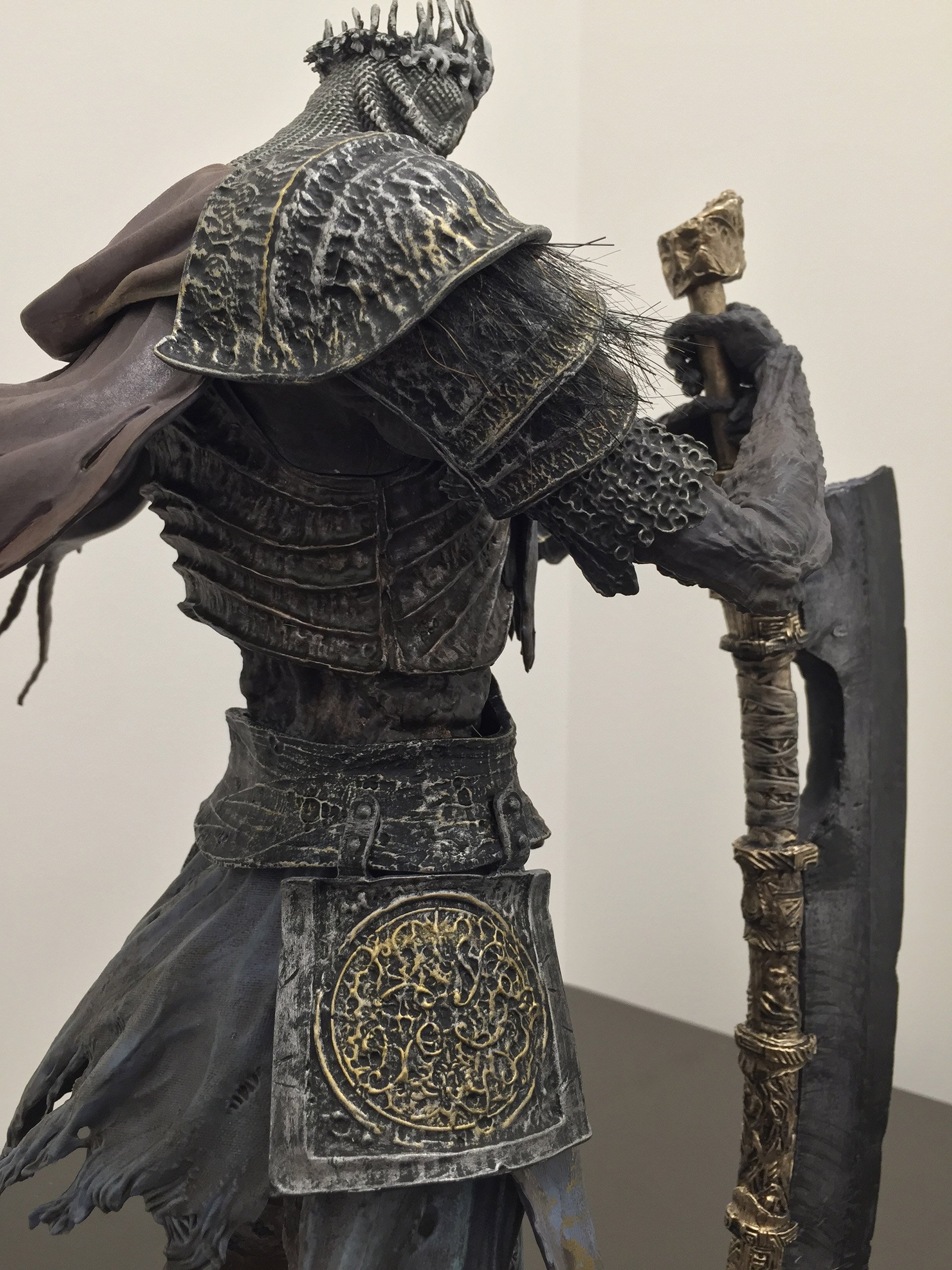 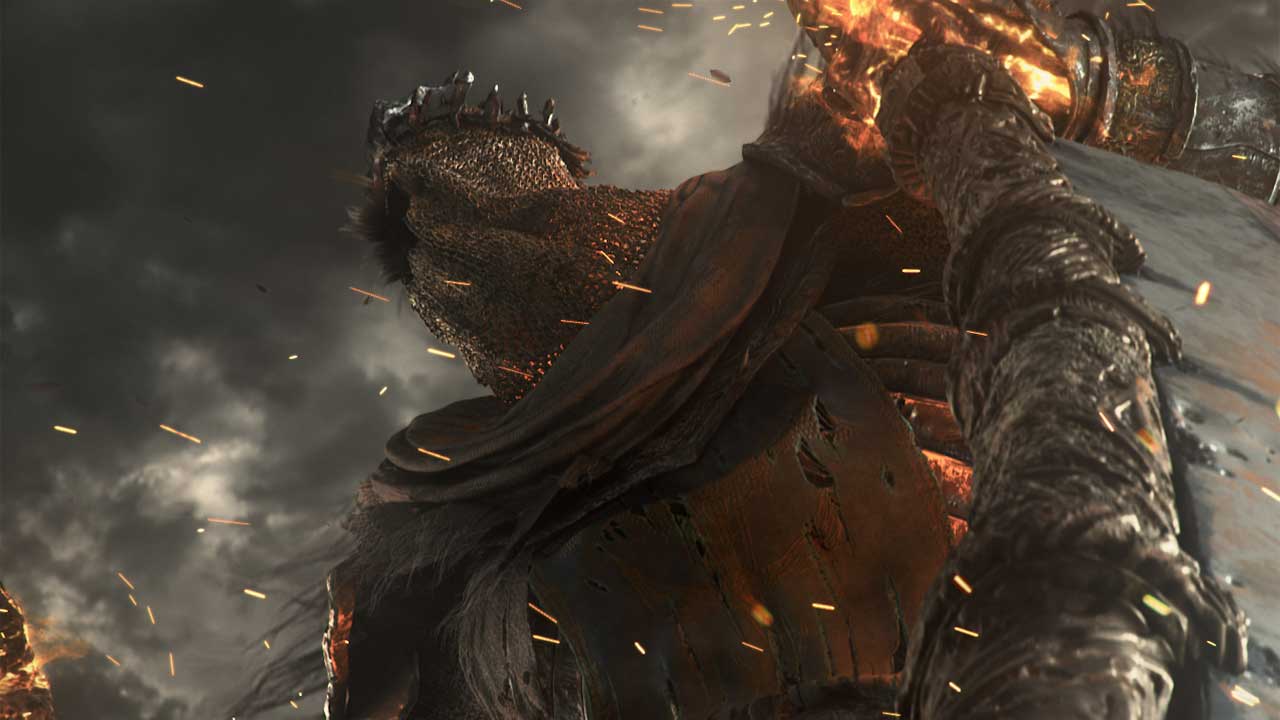