Ancient Wyvern is a Boss in Dark Souls 3

This strategy is quite easy. You'll need light fire resistance equipment but make sure you are still able to roll. The weapon doesn't really matter as long as it deals good damage. When the Wyvern arrives, don't even bother attacking it, just go past it and to the left. There will be a path. Just follow the path and the ladders, ignore the enemies, and finally go up to a specific ledge above the wyvern's head. When he is done breathing fire, he will lower his head. Just jump and press R1/RB and victory will be yours. This strategy is super easy but it doesn't include the satisfaction of beating a Wyvern with a bow. Still counts!

Stand directly under the Wyvern so that you are targeted and facing the dragon's stomach. If positioned correctly, the boss will only attack with blockable foot-stomps and occasionally fly overhead for a fire breath below. Always run away from where you were facing the boss, and not towards, and the fire shouldn't hit you. Hurl Lightning Spears or any damage spell in general, or melee attack its legs whenever possible, rinse and repeat.

This strategy uses a jumping/plunging attack, but quicker than Strategy 1. When you enter the boss area, run straight and you can see a bell. Stand on the right of the bell, wait for the Ancient Wyvern to lower his head and breath fire, then do a jumping attack. This strategy must be done quickly, or the dragon will move forward, which makes you have to go back to Strategy 1.

After starting a fight immediately run into the bell's direction. Turn left, now you will see short bridge with an enemy in front of you. Instead of entering the door stick to right barrier and stand in the corner, the one closer to arena. Apparently, there's a 'blind spot' and Wyvern will constantly attack the door door ignoring the player. Now target lock on Wyvern and use bow or pyromancy (the second one will have a big chance to miss as the Wyvern is constantly shaking head). This strategy take a lot of time, so it isn't recommended until you've been struggling for long and became desperate. 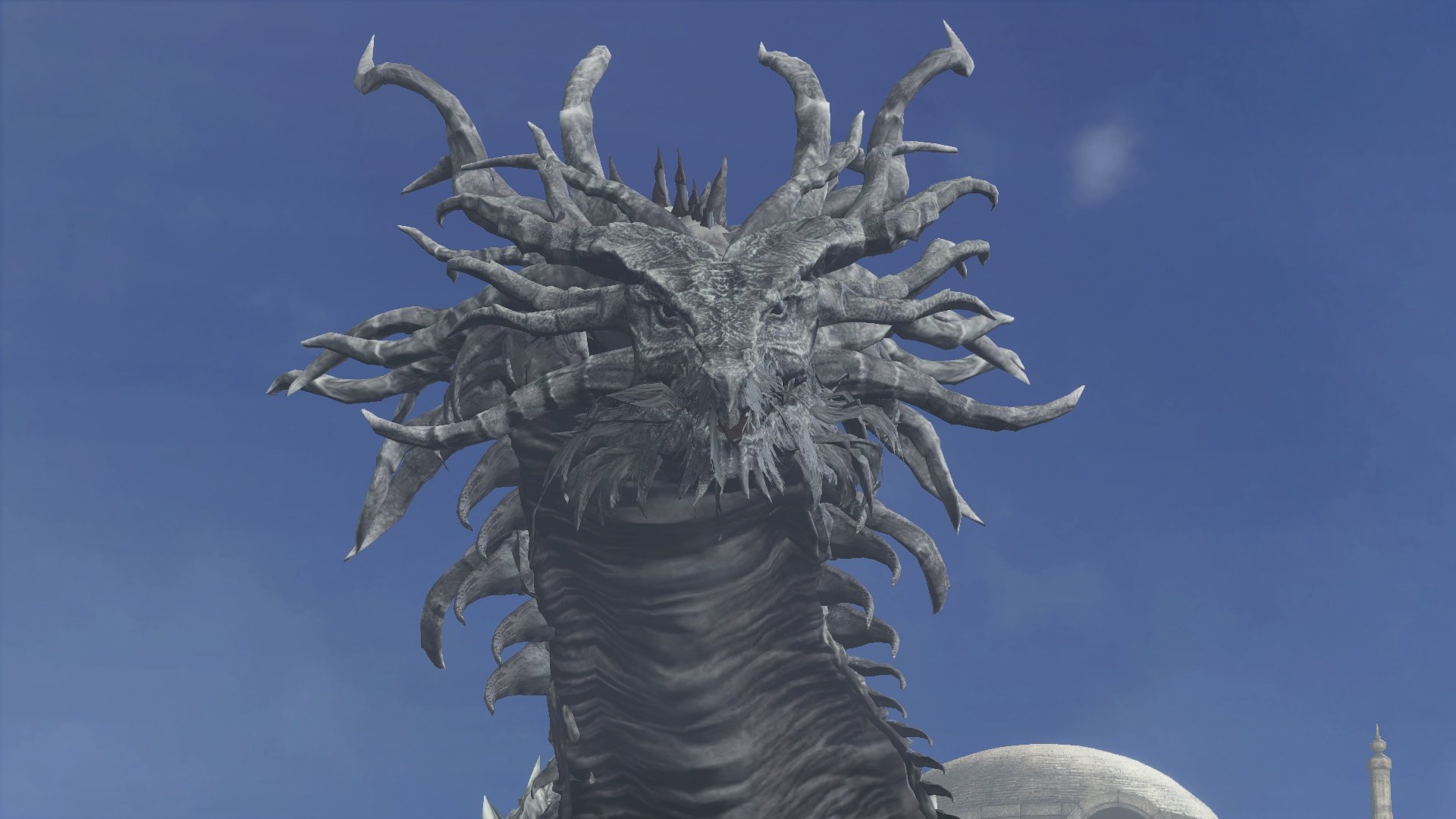 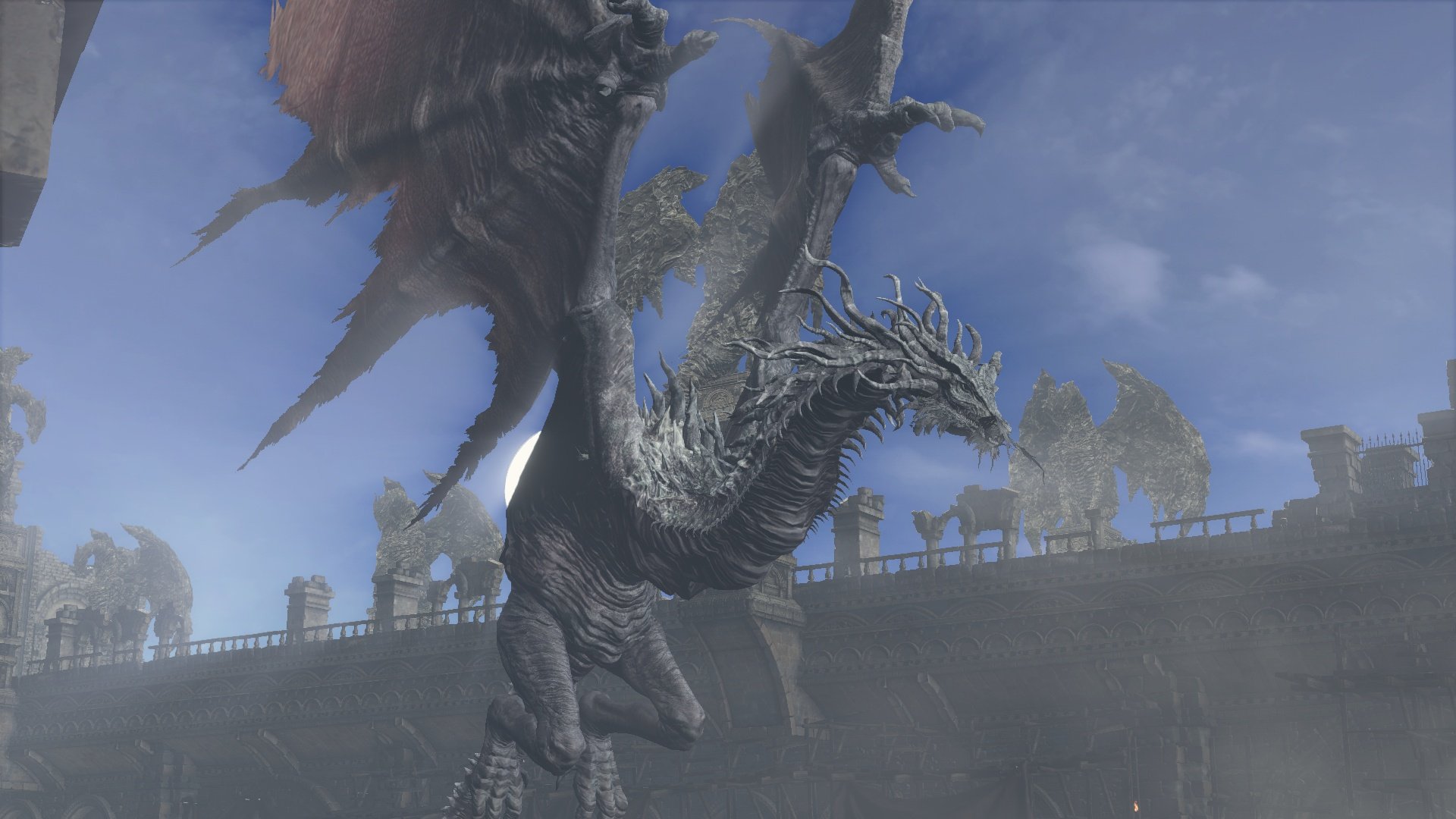 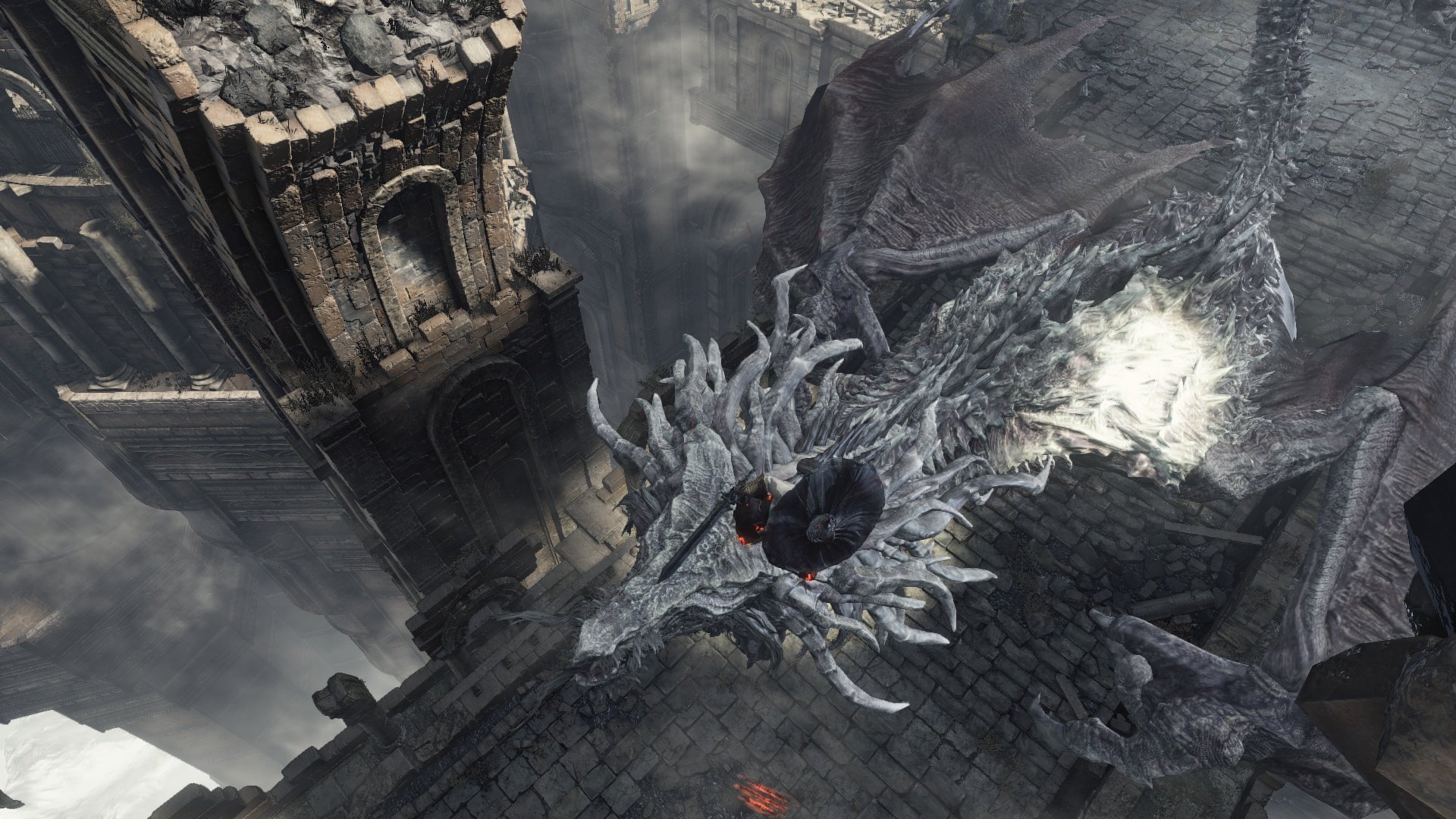