Aldrich, Devourer of Gods is a Lord of Cinder and a boss enemy in Dark Souls 3 (DS3). Aldrich Boss Guide with tips and tricks for any build, as well as a video tutorial to help you defeat this boss.

Aldrich seems to be very weak to attacks on the tail. Multiple attacks will stagger and cause Aldrich to fall if it is standing higher for an attack.When you enter the room, rush towards Aldrich and begin attacking. Dodge roll any melee attacks and soul spears. Hide behind pillars to block homing soul masses. Run around the room away from Aldrich when he whips out a bow, as he will fire an Arrow Barrage over the area. Return to attacking when arrows end. He will periodically retreat and pop up at the corner of the room which is the farthest from you. Move to the center of the room and watch where he appears. Immediately move in to attack once he appears. At about 70% health Aldrich will be augmented with flames, gaining a damage boost and leaving trails of fire in its path.

Alternatively, you can just stand behind pillars and lob Chaos Bed Vestiges or Great Chaos Fire Orbs at him. He will take massive damage, and the only attacks you'll have to worry about are his Soul Spears (which can be dodged easily) and the tracking Arrow Rain in Phase II, which can be outrun.

Twisted Wall of Light can be used it to negate Aldrich's soul masses and arrow barrage (**does not work with soul spear**). If you are using augmented spells like Greater Magic Weapon apply it before entering in the fog. Once inside rush towards Aldrich and follow strategy one. If you are caught off guard then cast Twisted Wall of Light until Aldrich stops casting. Continue closing the gap to deal melee damage and make sure to top off your FP when Aldrich teleports out.

The dark miracle Vow of Silence can be used to cancel nearly all of Aldrich's attacks, including the Soul Masses, Soul Spear, Arrow Barrage, and even the dark vortex he sends out before teleporting. However, Vow of Silence dissipates quickly, so time your attacks carefully.

Pestilent Mist can be used to good effect. Aldirch can be trapped behind the pillars fairly easily, and the spell can be cast before the arrow barrage attack if timed quickly. It is best used after melee attacks, however as they usually cause Aldrich to become unstuck. Whilst casting arrow barrage Aldrich will not move (may need confirming). During phase 2 this strategy works best casting pestilent mist after the arrow barrage attack as it is longer in the fire phase. Suggested rings: Bellowing Dragoncrest Ring, Young Dragon Ring, Lingering Dragoncrest Ring and Sage Ring. The player can use far casting spells such as Greater soul arrow during this strategy.

It is recommended that the player also removes the Crown of Dusk as Aldrich can easily one shot and un-embered player. Blue Bug Pellets can be used to mitigate magic damage taken (roughly 2 per fight). 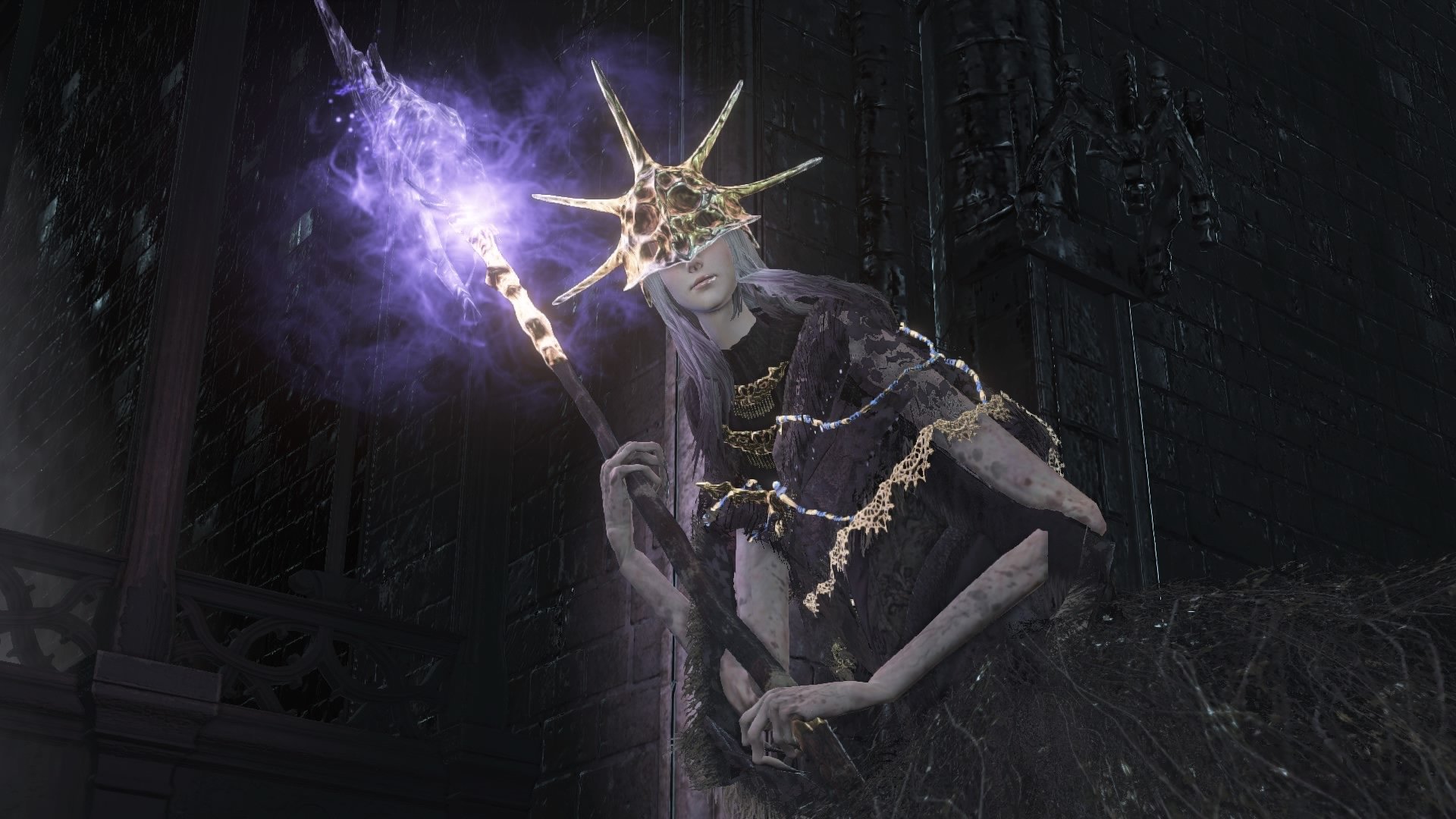 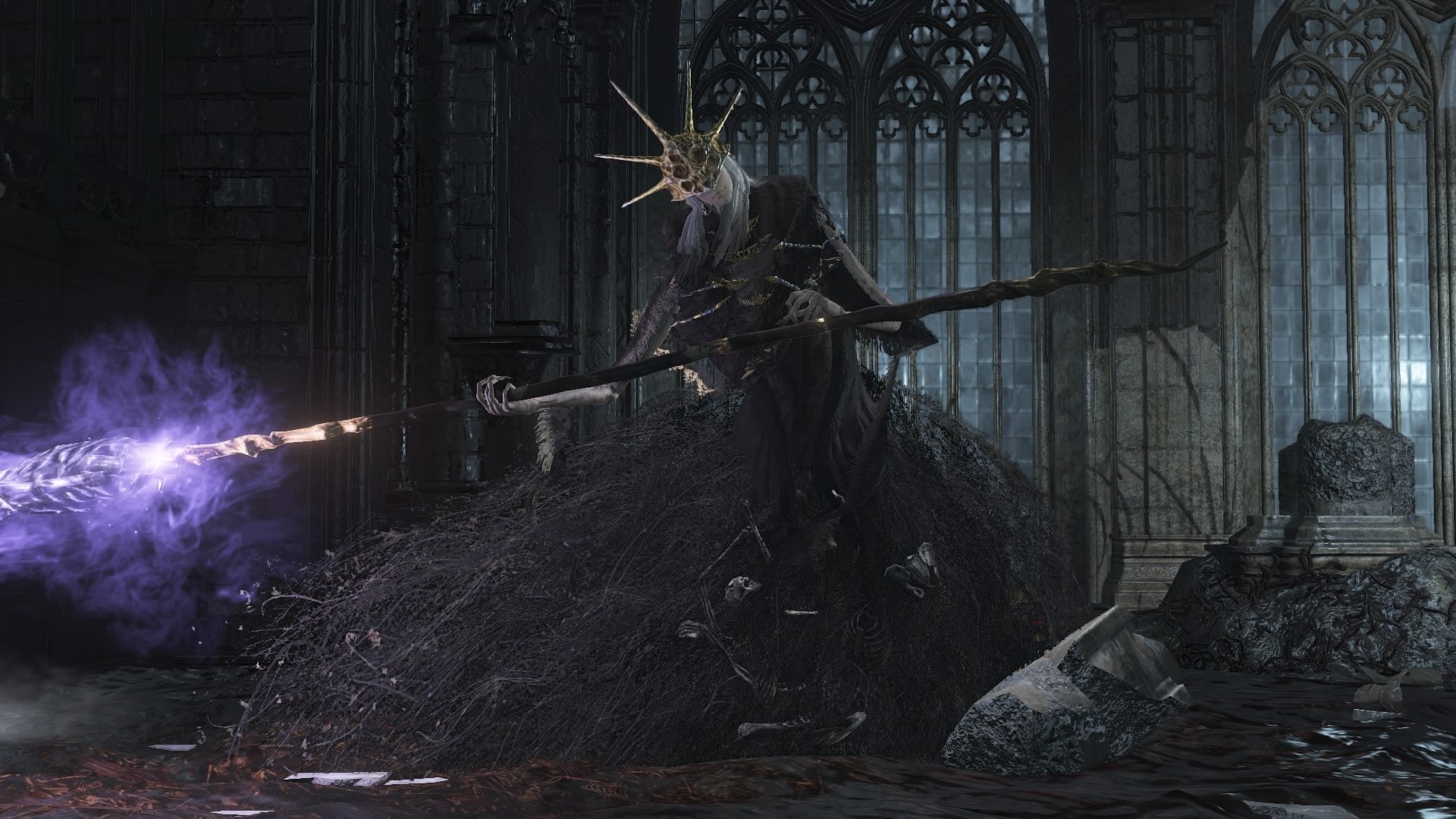 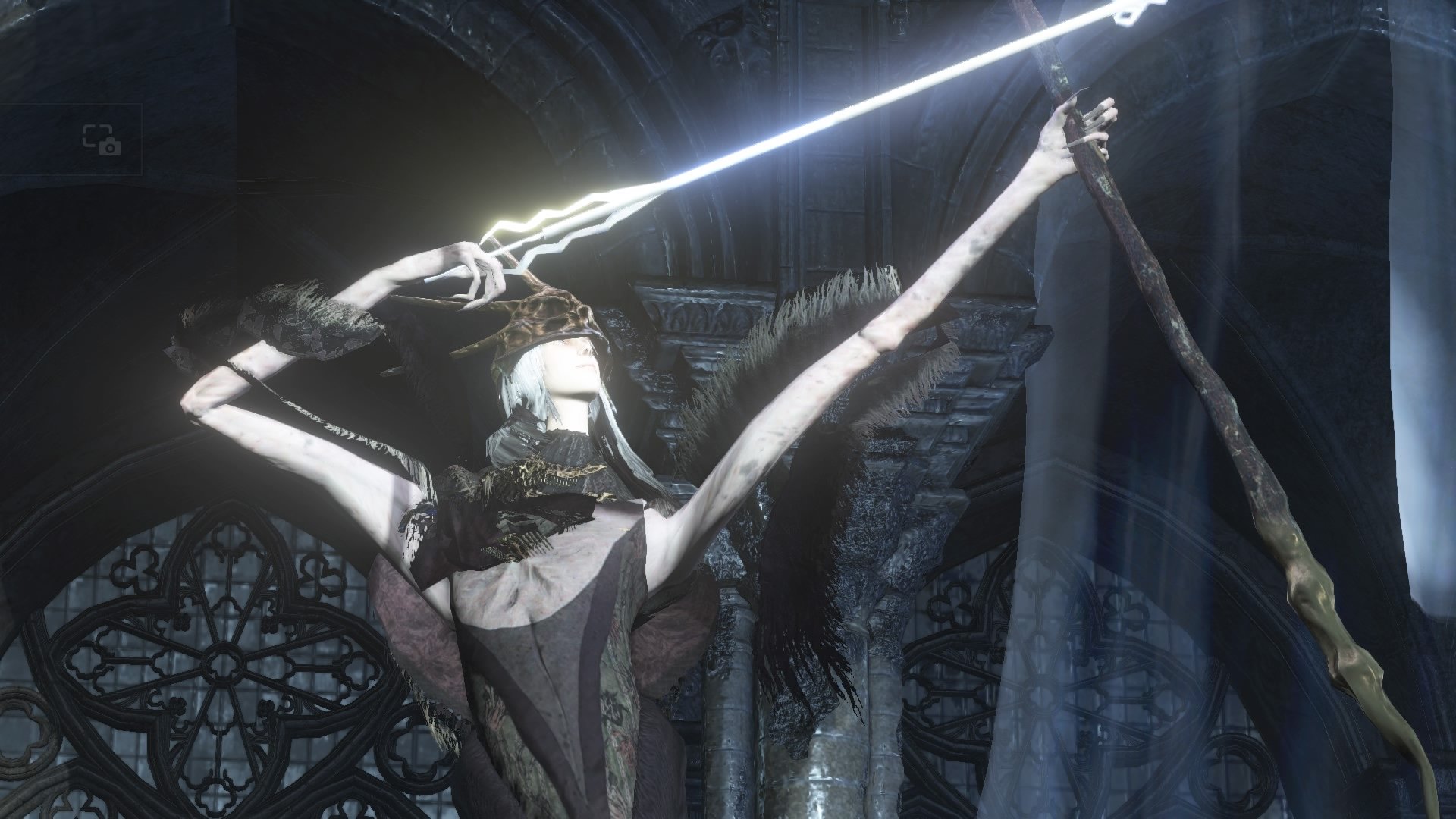 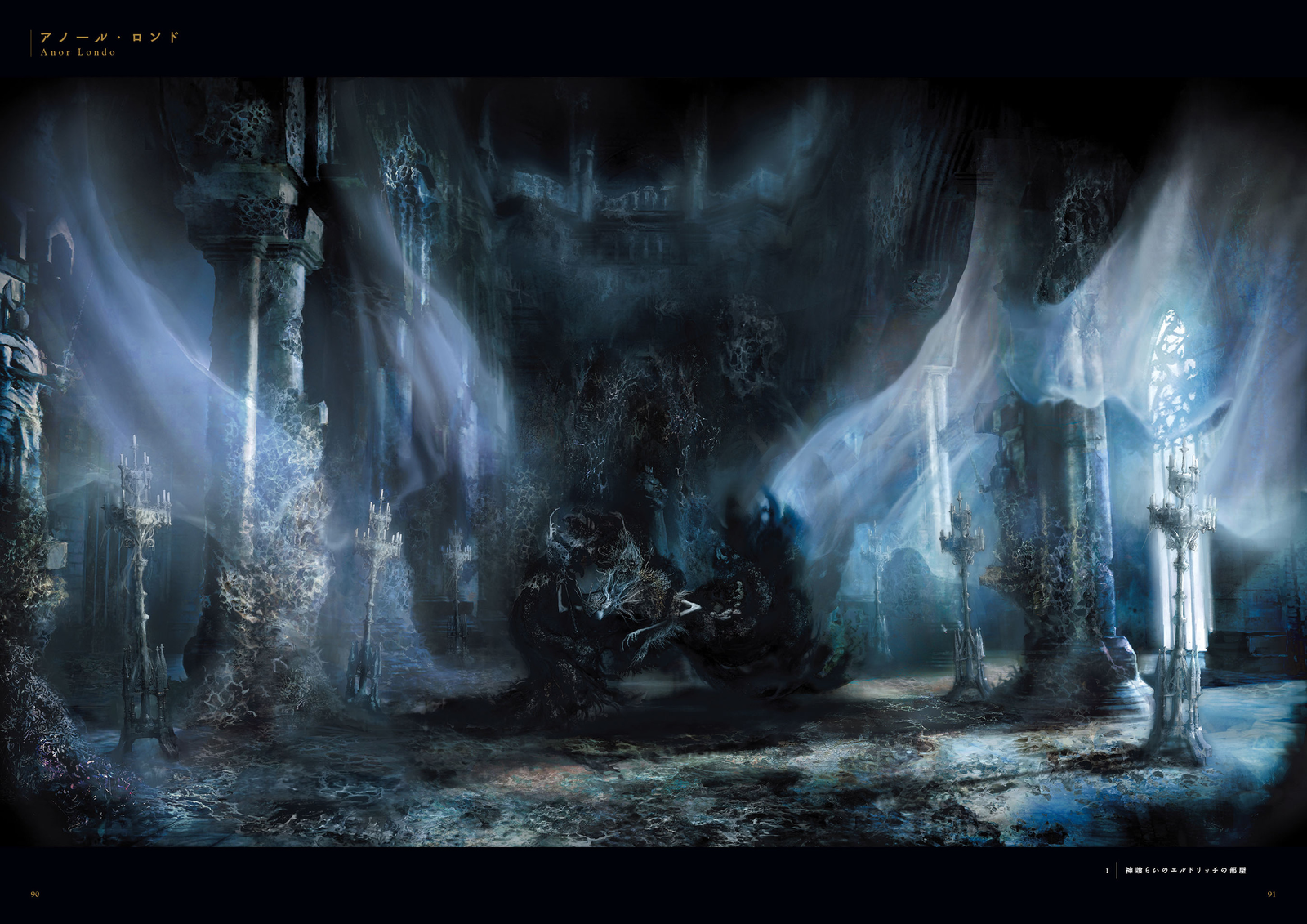