Firelink Set is an Armor in Dark Souls 3.

Armor of the Soul of Cinder, a deific manifestation of the Lords of Cinder, who linked the First Flame.

It resembles a knight's armor, but bears hideous burns and contortions...

..A mishappen crown can be seen upon its rear. (Helm) /
..taking the shape of a deathly ribcage. (Chest)

It exists as a symbol of the great Lords and the noble act of linking the fire, though it is no more than an empty husk. (Chest, Gauntlets, Leggings) 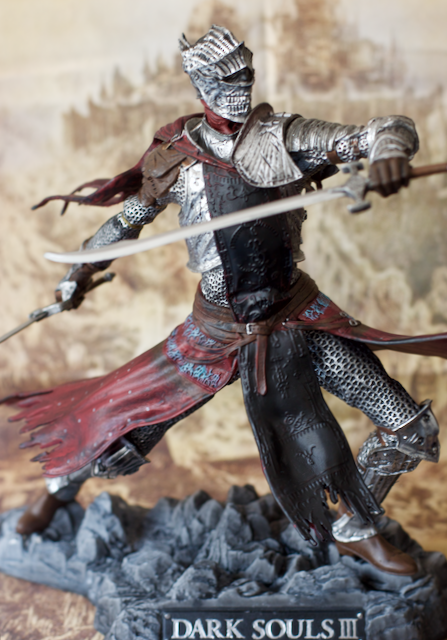