At 40 Stength 40 Dex the Lothric Greatsword will do 784 AR when buffed and two-handed. You won't need many hits to kill other players, usually only 3. This weapon has a great moveset as well.

R2: Thrust attack with long range and very high damage especially with the Leo Ring. When charged it has great tracking and many opponents will roll too soon and end up being hit by it for clossal damage.

Weapon Art: Good attack but it can leave you very vulnerable. To use it effectively get close to your opponent and initiate the attack with L2, you want them to roll towards you, if they do hit R2 and you will usually catch them at the end of the roll dealling 1000+ damage.

Other Attacks: Roll R1 is good for players who are running away or overly cautious but don't spam it because it can and will be parried. 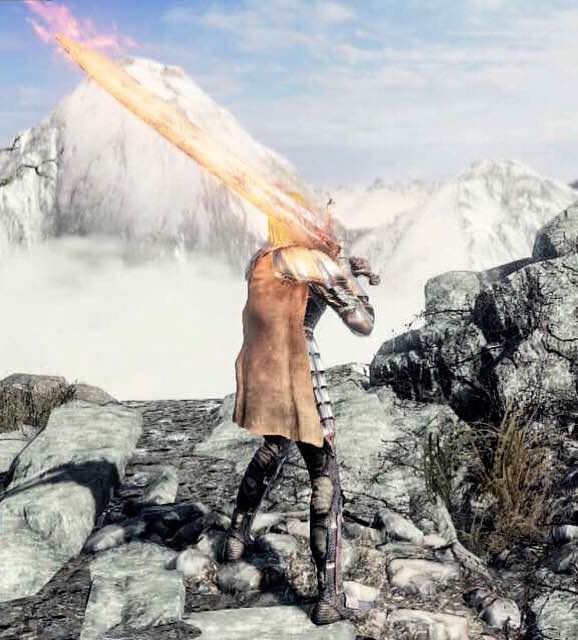 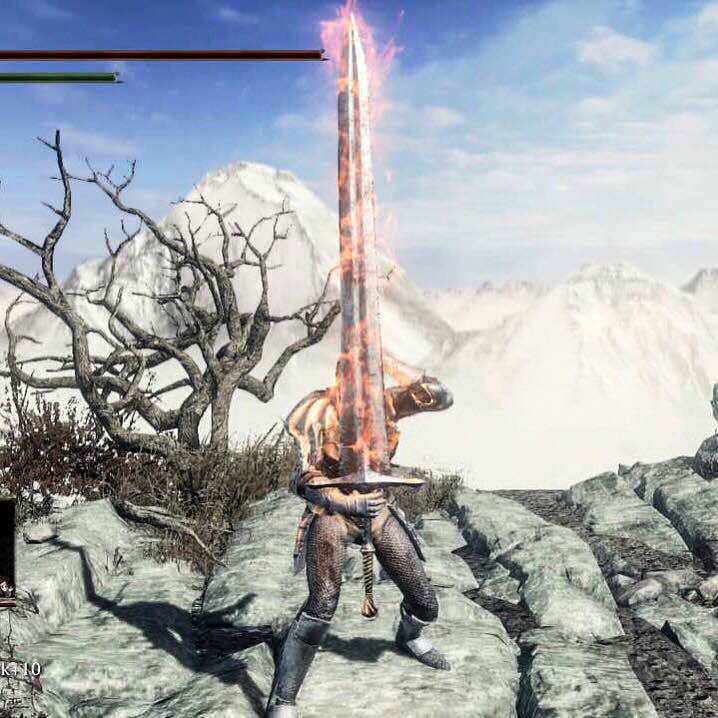 Buy Zweihander from Greirat. This can be done early game and Zweihander scales with quality and has the same moveset. Both leg and gauntlets can be found early game. Use the Sunless armor until you get the Silver Knight Armor. Most of the rings used in this build are found mid/late game so just use whatever you want till then, I suggest the Cloranthy Ring and the Lloyd's Sword Ring. Make sure to get the Carthus Pyromancy Tome in the Catacombs because it unlocks Carthus Flame Arc. Kill Dancer as early as you possibly can. Then run through Lothric Castle until you find red-eye Lothric Knights using the Lothric Greatsword and farm them tilll it drops.

Well thats about it. This build started out as a Cosplay fashion souls build but it ended up becoming a dominant PvP build. The "Stomp" moveset is great and the fact that you can buff this weapon gives it an insane AR. Most of the time you can just hit trade with people and win everytime because you simply out-damage them. Enjoy!