This build is honestly not that great as far as PvP builds go, but that's what makes it fun for me. Most of how you want to play it is offensive. Using power attacks to bait, and then getting two R1's in with stagger is a pretty common combo I use, but also using the two handed power well timed against one of their rolls is a lot of damage. Do be cautious when going against Dexterity builds as stagger locking can be a big problem. In those situations, I find it best to try and get them to back off by using the weapon art followed by the weapon art R2. If it connects, it deals massive damage and knocks them down. If you do it quick enough, the R2 will activate your hyper armor and you won't get staggered. Another thing about the hyper armor is that the second R1 in the R1 spam combo also stops you from being staggered. I have a feeling this build will become much better if From ever actually turns Poise back on. A boy can dream.

The weapon with Heavy Infusion causes A scaling in STR, so that is why I put the Knight's Ring in. Some changes you may want to make to this is using more efficient Rings, as I originally built this without knowing that Poise was disabled. Havel's Ring or the Prisoner's Chain would both be strong choices, or perhaps the Hornet Ring if you like to go for backstabs. 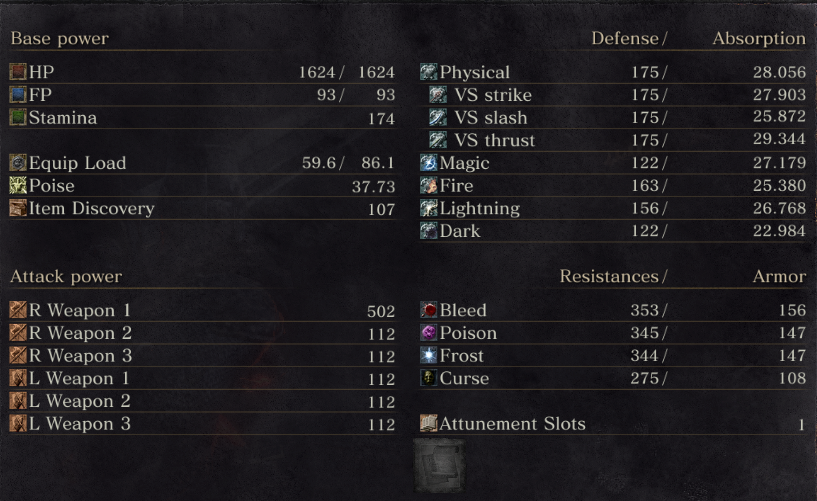